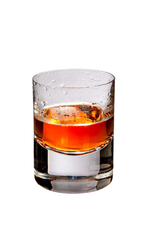 If you thought child stars like Lindsay Lohan and Macaulay Culkin had it hard, spare a thought for the infant prodigy Wolfgang Amadeus Mozart, born on this day in 1756.

By the time he was six Mozart was not only composing but performing in front of European royalty on a grand tour of Europe. Slight and hardworking, Mozart drove himself hard through his short life, composing a body of work that spanned operas, concertos, quintets and Requiems before his untimely death aged only 35.

He influenced composers including Beethoven and, after his death, Tchaikovsky and Chopin, and his music is, of course, still adored today.

We are raising a glass to this iconic man in a drink that reflects the flavours of his hometown's Mozart chocolates but in a very adult way - a Chocolate Sazerac.

On this day in 1910, a London plumber and sanitary engineer with the couldn't-make-it-up name of Thomas Crapper passed away, and the interwebz have appointed today to celebrate his legacy: the flush toilet.

Except, unfortunately, Crapper didn't invent the crapper (although he did patent several improvements to it). The first flushing water closet in England appeared during the time of Queen Elizabeth, and the first patent was awarded in 1775, or decades before Crapper emerged on the scene.

The myth of Crapper, in fact, comes from a book - Flushed with Pride: The Story of Thomas Crapper - published by one Wallace Reyburn. But Crapper was a real person, and his T. Crapper & Co. manhole covers can still be seen around London.

We are toasting Crappers everywhere - and their surprisingly common surname, which derives from the old English word "cropp", meaning cut - with a Chocolate Sidecar, created by Wayne Collins.

On this day the siege of Leningrad was broken

At last, on this day in 1944, the Soviet Army broke through the German blockade of Leningrad that had endured for an agonising 872 days.

All land communication had been cut off, the city had been subjected to air and artillery bombardment, and hundreds of thousands of Leningrad's population of 2.5 million had died since the beginning of the siege on 1 September 1941.

The harshest winter in decades had added to their suffering which had been eased a little when Lake Ladoga to the North of the city froze, allowing an ice road to bring in supplies. In memory of the heroes who freed the city, and those who endured so much, today we will be drinking a Leninade.