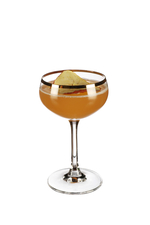 Fall From The Tree

Yesterday brought the arrival of spring, so it's quite fitting that we should go green today as it's World Planting Day.

The 21st March is also the United Nations' International Day of Forests, raising awareness around the importance of trees. Why? Because, due to human activity, large-scale deforestation continues to destroy our forests, which ultimately impacts negatively on wildlife, climate, and even the oceans. And of course, forests provide most of our oxygen.

Sprawling across the planet are forests, gardens from urban to botanical, vegetable plots, greenhouses and more. So, we're welcoming the new season when plants start to grow and pull carbon out of the atmosphere.

The folk behind World Planting Day and International Day of Forests will hope you'll get your hands dirty today. And you don't need a garden to get involved. Sign up to your local community garden or give your support to an organisation that plants trees for you. Trillion Trees is one of them.

With trees on the mind, we're springing forward and getting our hands dirty planting a shrub or two. If, like us, you're also opting for a cocktail to celebrate, let's raise a Fall From The Tree, a calvados-based and suitably spring-themed cocktail.

Today is also the anniversary of the world's first tweet

On this day in 2006, 29-year-old Jack Dorsey, sent the world's first tweet, the remarkably unmemorable "inviting coworkers", on Twitter, a new service he had founded.

Today, Twitter has some 300 million users generating 500 million tweets per day, all, of course, at 280 characters or less. Tweets are cited by newspapers as respected as The Times, and everyone from footballers to presidents seem to have a Twitter account.

But is Twitter here to stay? Or will it go the way of MySpace? It is, as always, too early to tell, but, rather than a tweet, we are indulging in a Chatham Hotel Special and thinking that it's better to chat than tweet.

On this very day back in 1961, the Beatles performed their first evening session at Liverpool's Cavern Club- it was in this very bar where they were discovered by Brian Epstein.

Between then and 3 August 1963, The Beatles played a total of 292 sets at The Cavern Club, for just 25 shillings a session. A month before their last performance there, The Beatles recorded She Loves You. Epstein, their manager, promised the club that the band would return, but they went to the USA, and Beatlemania took off - they never performed at the club again.

The original Cavern club closed in March 1973 but its reincarnation remains a popular place for die-hard Beatle fans to pay homage to the band. There's a sculpture of John Lennon outside the bar, and a plaque on 'the wall of fame' outside.

Mix yourself a Brandy Alexander tonight (Lennon's favourite) put on some Beatles classics, and reminisce about one of the greatest bands that ever was.

Today is also the anniversary of Alcatraz's closure

Maybe it's the name or that dramatic location on a rocky island with views over the Golden Gate Bridge, but even though Alcatraz ceased to be a prison this day in 1963, its name still resonates.

Home to the hardest-to-handle prisoners in the entire US justice system, from high profile gangsters like Al Capone to men who just couldn't stop getting in fights, The Rock, 1½ miles off the coast of San Francisco, is iconic.

Not least because no one is known to have escaped from Alcatraz. Out of 36 individual escape attempts, 23 were caught, six were shot and killed and two are known to have drowned. Of the remaining five, all listed as "missing, presumed drowned", some believe that at least two may have managed to make it safely to shore.

The Rock might be a tourist attraction, but the Rock & Rye cocktail should be a legend: if you haven't tried this easy-drinking blend, we recommend you do.