A Games of Thrones was released into the world 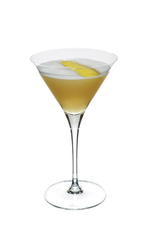 On this day in 1996, George R. R Martin, the American novelist dubbed "the American Tolkien" by Time magazine, published A Game of Thrones, the first instalment of his epic fantasy series A Song of Ice and Fire.

Set in the fictional continents of Westeros and Essos, A Game of Thrones weaves a complex narrative detailing dynastic wars and power struggles for the Iron Throne, the rising threat of the supernatural 'White Walkers' north of 'the Wall' and the rise to power of Daenarys Targaryen with three fearsome dragons by her side.

This first iconic volume of Martin's has now sold more than 90 million copies worldwide and been translated into 47 different languages. It won numerous awards after its release and became a New York Times best seller in January 2011, making it to number one on the list later that year.

Martin's doorstop novel was adapted for television by HBO and Game of Thrones ran for a thrilling eight seasons between 2011 and 2019. Filmed across the UK, Canada, Croatia, Iceland, Malta, Morocco and Spain, it received critical acclaim from the associated press and broke viewership records with a staggering 44 million people in 173 countries tuning in for each instalment by the end of season eight.

So today, join us in celebrating the man George R. R Martin and his unforgettable contribution to the world of fantasy literature with a Winter cocktail. Don't worry, winter is not coming (just yet anyway for us north of the wall) - this one's a great summer sipper.

In early August 1291, representatives of Switzerland's different cantons met in a field above Lake Lucerne and joined forces to work against the Austrian occupiers of their country. Today communities all over Switzerland still remember this, the beginnings of Swiss independence, as they celebrate their national day.

Bonfires, barbecues and fireworks light up the Alps. Small children process with lanterns. And the Rhine waterfalls are spectacularly illuminated. In culinary terms, tonight is largely about the sausages. But Switzerland will always mean chocolate to us.

So, we're marking today's occasion with a Chocolarita - believe it or not, a chocolate Margarita. Blasphemy? Possibly. But coffee and chocolate blend remarkably well with reposado tequila. We recommend you give it a go.

It's also the anniversary when the Warsaw Uprising began

In the afternoon of 1st August 1944, Polish fighters in Warsaw rose up against the occupying Nazi forces. Tens of thousands of Home Army troops sent the German Army into retreat - within three days, they would have control of the majority of the city.

Yet the uprising was doomed to failure. Soon SS troops were massacring the population, going house to house. The Soviet Army refused to help - and even refused to allow the Allies to use its airports to drop desperately-needed food. By the end, more than half of the city would be destroyed, and as many as 200,000 Polish civilians would be dead.

We're toasting freedom and hoping for an end to European wars with Morgan Watson's Warsaw Cooler, based on that most Polish of spirits, bison grass vodka.

... comment(s) for A Games of Thrones was released into the world