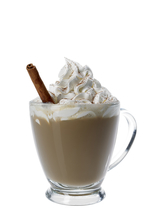 Q: What are gourds afraid of?
A: Things that go pumpkin the night.

The humble pumpkin is the star of the show each 26th of October, although given that this gourd is now synonymous with Halloween, we wonder why the 31st wasn't chosen as their national day.

It's thought that the pumpkin became associated with Halloween in the 1800s when 'Jack-o'-lanterns' (carved pumpkins lit by candle from within) started appearing in the windows of American homes.

Jack-o'-lanterns are said to originate from the old Irish folk tale of Stingy Jack, and the potato famine that saw many Irish immigrants make the journey to America. Jack, a trickster, fooled the devil, making him promise not to take his soul upon his death. The devil kept his promise but unfortunately, Jack was turned away from heaven. The devil sent Jack into the dark with only a burning coal to light his way. Jack put the coal into a turnip he was eating and has been roaming the earth ever since. The Irish took this tale across the pond and the pumpkin's rockstar status was born.