The longest day (or nearly is) 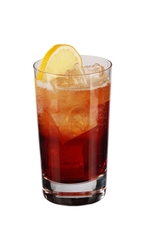 Came around quickly, didn't it? The longest day of the year, either 20th, 21st or 22nd June depending on the year, the day with the most hours of sunlight. Known as the summer solstice after the Latin solstitium meaning 'sun stands still'.

The many astronomers among you will, of course, be aware that the solstice occurs when the Earth's axis tilts to bring it closer to the sun than at any point in the year - Midsummer's night. A time, famously, for all sorts of shenanigans, from crazy pagan stunts in honour of the Fire God Lith, through to all-night parties, bonfires and general hippiedom.

Hundreds of pagans, and folk just after witnessing a spectacle, will congregate at Stonehenge to see the sun rise through the standing stones in the morning, marking the start of summer. Celebrate the sun rising with a Summer Rose Cocktail but stop drinking when you hit the sun.

In Scandinavia, where the White Nights mean the sun barely sets - in parts of Lapland, it last rose on 5th June and won't set again until July - Midsummer is a huge event. In fact, Midsommar comes only second to Christmas in the Swedish party calendar.

Want to make like a Scandinavian? You'll need flowers, the pickled herring without which no Scandinavian occasion is complete, a sauna, and a tonne of aquavit. Don't have aquavit to hand? Celebrate with one of our favourite Swedish Punsch cocktails, the Swedish Rum Punch.

We'll be enjoying this longest of all summer evenings, whatever the weather, with a Summer Americano.

And, when the sun finally sets, and the nights start drawing in, why not enjoy a creamy, moreish Nutty Summer?

It's the anniversary of the first Channel train crossing

The Channel Tunnel as an idea, goes back longer than you'd think. As far back as 1751, in fact, France's best minds were thinking of alternative ways to cross the Channel and get to England. (And, no, Brits of that era had no desire to get to France.)

In the mid-19th century, a French engineer dived to below 30 metres (100 feet) - without breathing equipment - to research the geology of the Channel. And during the 1880s, British and French teams started excavations - until the British Army, suspicious of the invasion risk, called a halt to the project only 2km in.

So, it was pretty darn amazing when, after over seven years of excavation, the very first train crossed between France and England, on this day in 1993. We are toasting closer links with France, better access to French food and drink, and all that goes with Eurostar with an aptly named cocktail, the French Connection.