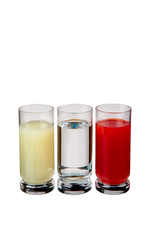 Mexico is a truly incredible country, and not just because they produce some of the world's most complex and delicious spirits. From the green agave dotted highlands to its more arid plains, Mexico is a country that its inhabitants have the right to feel proud of. This is the day they express this. Forget Cinco de Mayo; this is Mexico's true celebration of herself.

On the night of 15th September, the Mexican president ceremoniously rings a bell and shouts out the names of the heroes of the Mexican War of Independence and then yells "Viva Mexico!" three times from his palace balcony to kick off the celebrations for Mexican Independence Day on 16th September. This is a day of parades, marches, singing and music.

The War for Mexican Independence culminated in the 1881 ejection of the Spanish from what was then known as New Spain. The celebrations very much honour Miguel Hidalgo y Costilla, a local priest who began the revolution from a pulpit with his famous speech of the Grito de Delores on the 16th September. During the celebrations, statues in memory of Father Hidalgo are decorated with red, white, and green flowers, the colours of the Mexican flag.

In honour of Miguel Hidalgo y Costilla, the heroes of the Mexican War of Independence and Mexico itself, we'll be raising a toast with the following tequila and mezcal-based libations.

Created in 2010 by Dave West of Jake's Bar, Leeds. The great taste of añejo tequila is mellowed and delicately flavoured with maraschino, chartreuse and grapefruit bitters.
Amatitan Twist recipe

Created in 2016 by Seth Brammer at Filament, Dallas, Texas, we love how chilli oil is spiked like a cherry on the surface of this drink.
Farmer's Tan recipe

A Blood & Sand made with tequila in place of Scotch whiskey - be sure to true this.
Gringos Blood & Sand recipe

The flavour of lavender combines brilliantly with tequila - here in a Margarita.
Lavender Margarita recipe

This drink is exactly the same as a classically proportioned Margarita. It was published in W. J. Tarling's 1937 Cafe Royal Cocktail Book, 16 years before the first written reference to a Margarita. Conjecture suggests that this British recipe was copied by whichever American gave the Margarita its name.
Picador recipe

We are indebted to Ryan Chetiyawardana who shared his recipe for this classic cocktail at The Cabinet Room during the finals of World Class 2009. It's incredibly smooth but still retains a tequlia bite and a hint of chocolate and fruit.
Silk Stocking recipe

Created by Julio Bermejo and named after his family's Mexican restaurant and bar in San Francisco, the self-proclaimed "premier tequila bar on earth". Tomas and Elmy Bermejo set up Tommy's in 1965 and Julio is one of their five children, all of which are involved in what is truly a family business. Julio has become a legend in the drinks industry for the Tommy's Margarita and his knowledge of tequila. The flavour of agave is king in this simple Margarita, made without the traditional orange liqueur.
Tommy's Margarita recipe