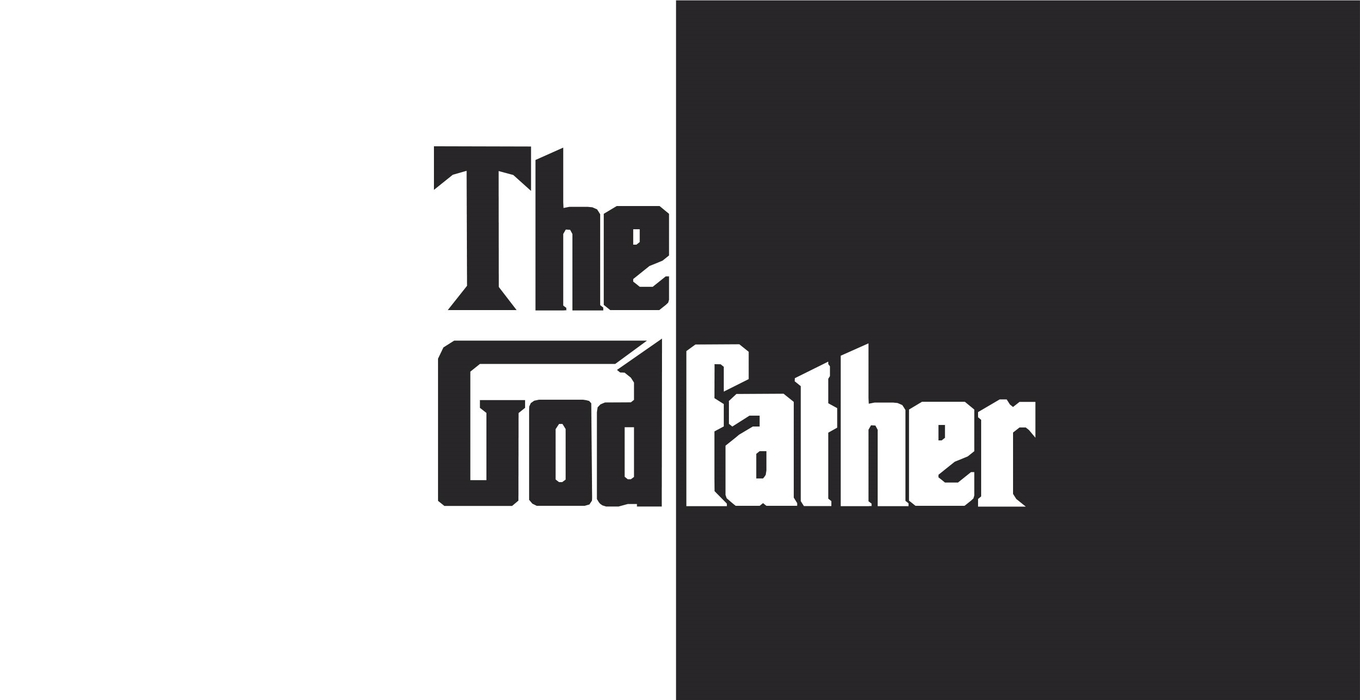 Traditionally equal parts Scotch blended whisky and amaretto, the Godfather is one of the enduring classics to emerge from the 1970s. It's basically an Old-Fashioned with attitude – the attitude being: why sweeten with mere sugar when you could use a flavoursome liqueur.

Amaretto tends to combine more harmoniously with dark spirits than the likes of vodka or gin and there's something about whisky, particularly the smoky note in Scotch whisky, that sits brilliantly alongside amaretto. Hence, it is the Godfather that has proved the most enduring of the 'God' cocktail family.

What's a Godfather called when made with Bourbon rather than Scotch? Well, according to Stanley M. Jones' 1977 Jones' Complete Barguide (page 233), it's simply The Boss:

The appearance of the whole 'God damn' cocktail family in Jones', published in 1977, and numerous cocktail books from the 1980s, is testament to the Godfather being a 1970s cocktail. Indeed, this cocktail is eponymously named after the Italian-American Mafia book and film trilogy, The Godfather. Mario Puzo's novel was published in 1969 and Francis Ford Coppola's first film followed in March 1972, the highest-grossing film of the year, and for some years after.

Jones' and most other cocktail books of the period stipulate an equal parts (1oz Scotch to 1oz amaretto) recipe which produces a very tasty, but slightly sweet dessert-style cocktail. Easing back the liqueur and upping the proportion of whisky dries the cocktail adding spirituous spice, moving from the dessert course to more nightcap Old Fashioned territory. Such a move also screams for dashes of bitters. Suddenly this 1970s cocktail gets serious, seriously good and worthy of riffs: 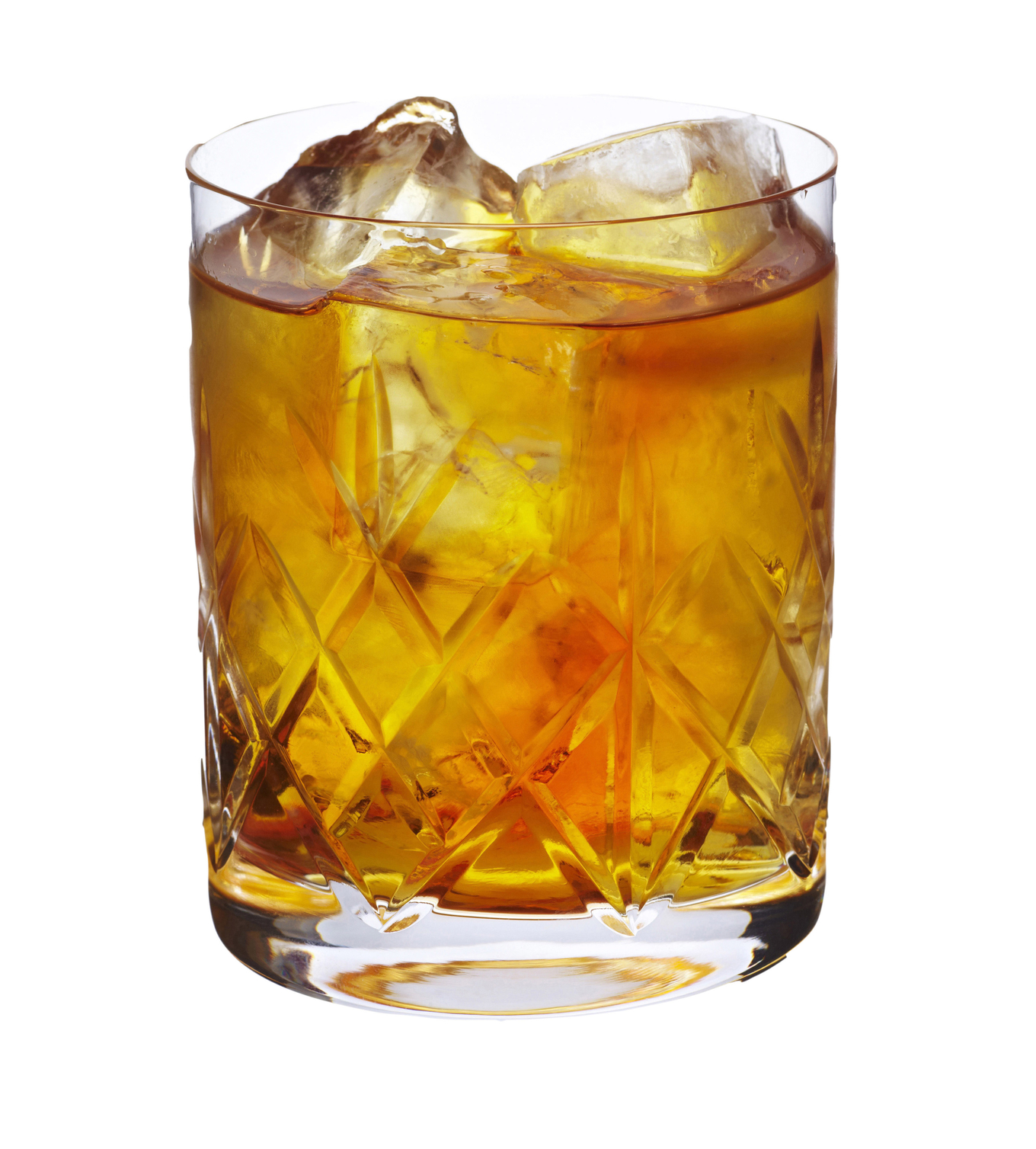 Classic Godfather cocktail
With: Scotch whisky and amaretto.
We say: Ratios for this range from equal parts to 8:1 but we like ours 3:1. 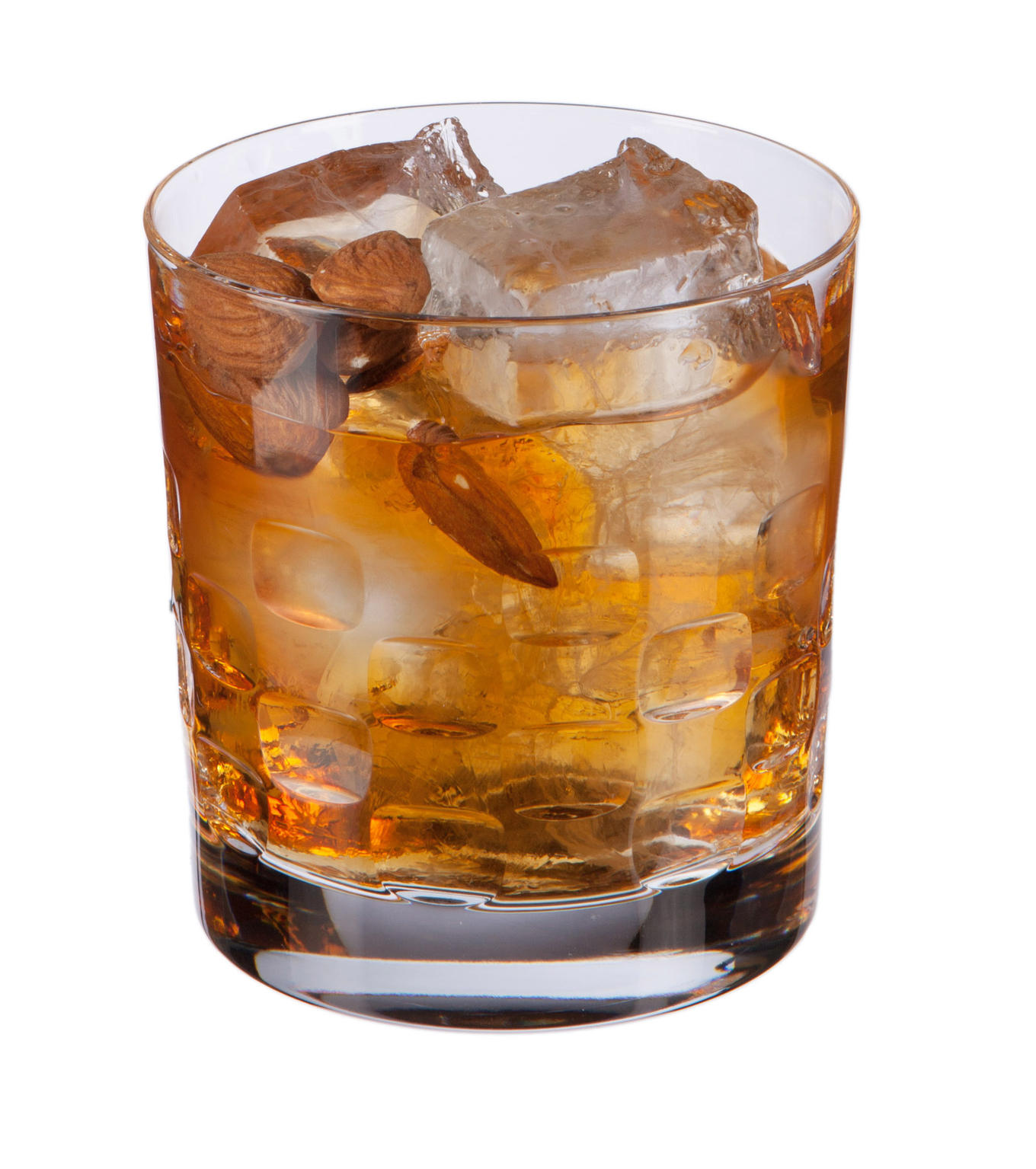 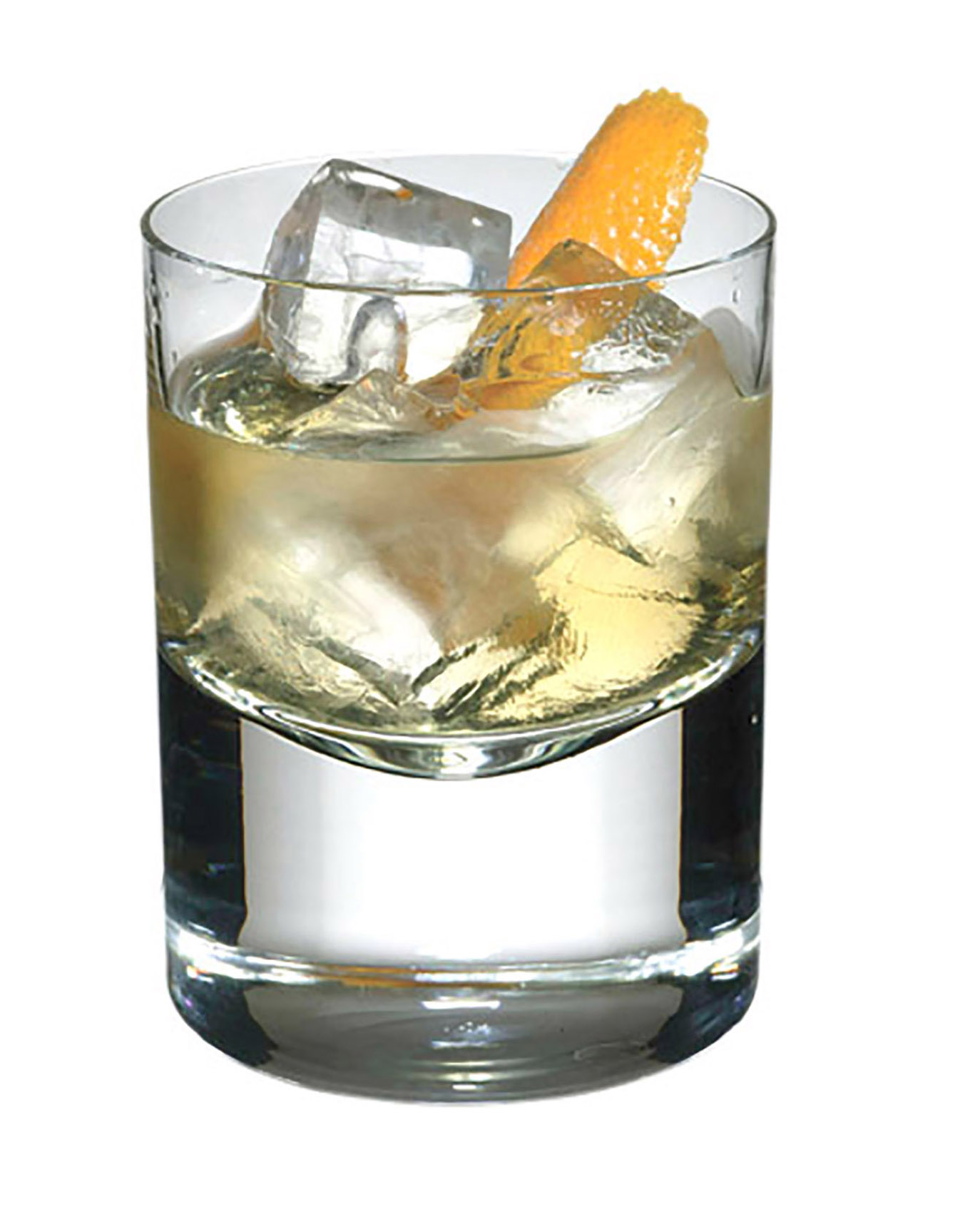 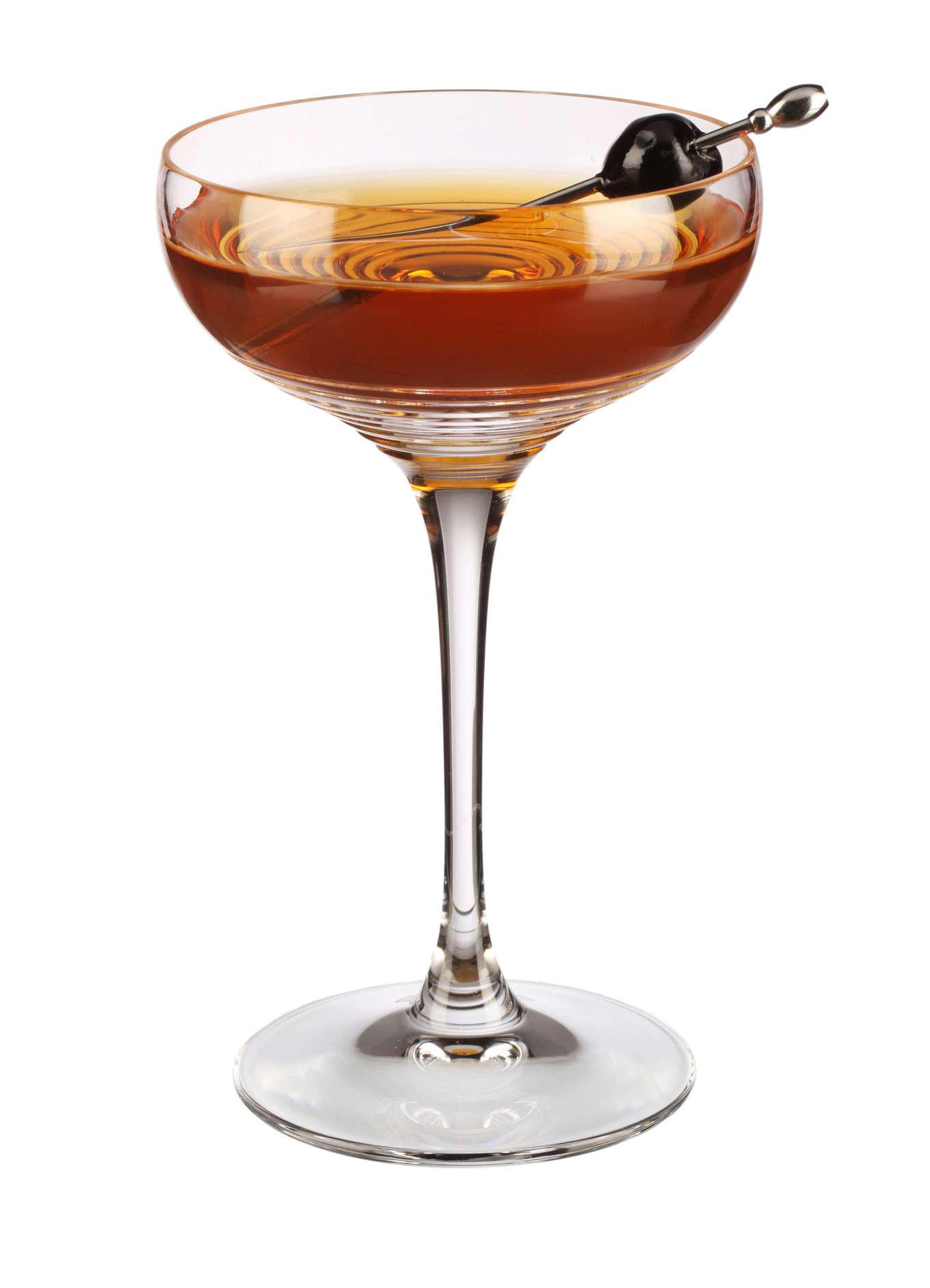 Brooklyn Godfather
With: Bourbon, amaretto liqueur, dry vermouth, and rosso vermouth.
We say: An amaretto Brooklyn or a bourbon-based Godfather with vermouth. 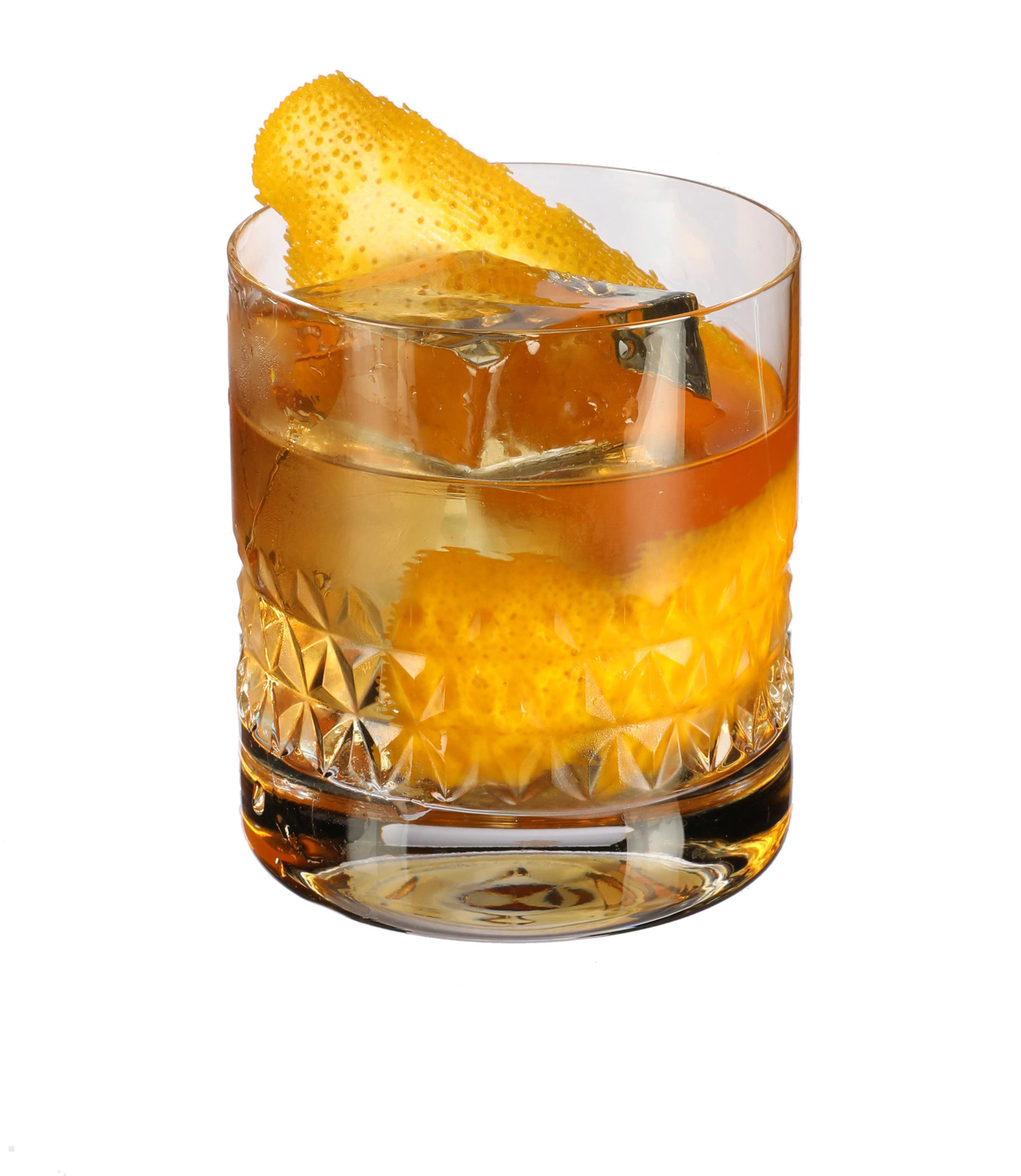 Big Boss
With: Bottled-in-Bond rye whiskey, amaretto and bitters.
We say: A Godfather made with bourbon is "The Boss" so it stands to reason that with bottled-in-bond rye it is the Big Boss. 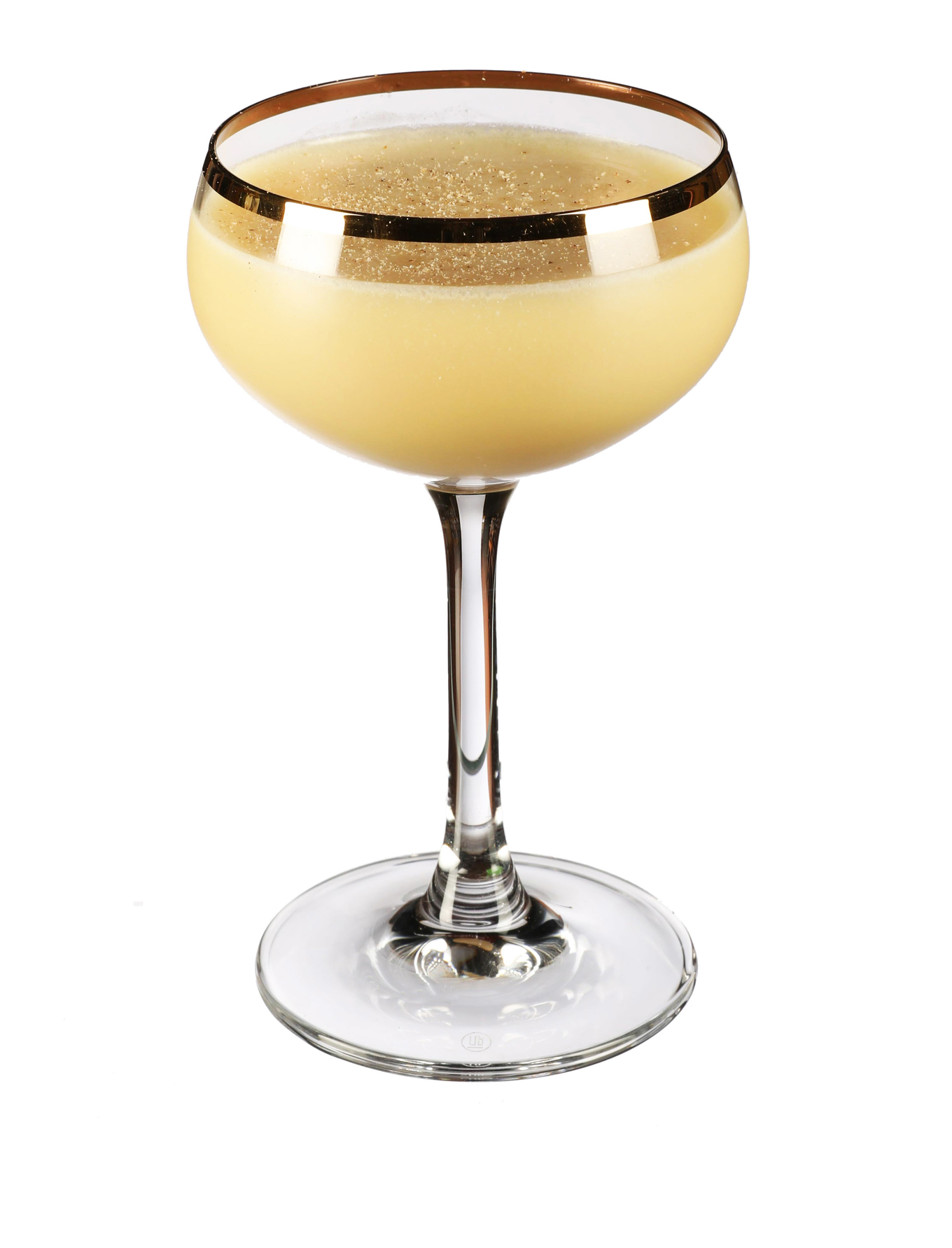 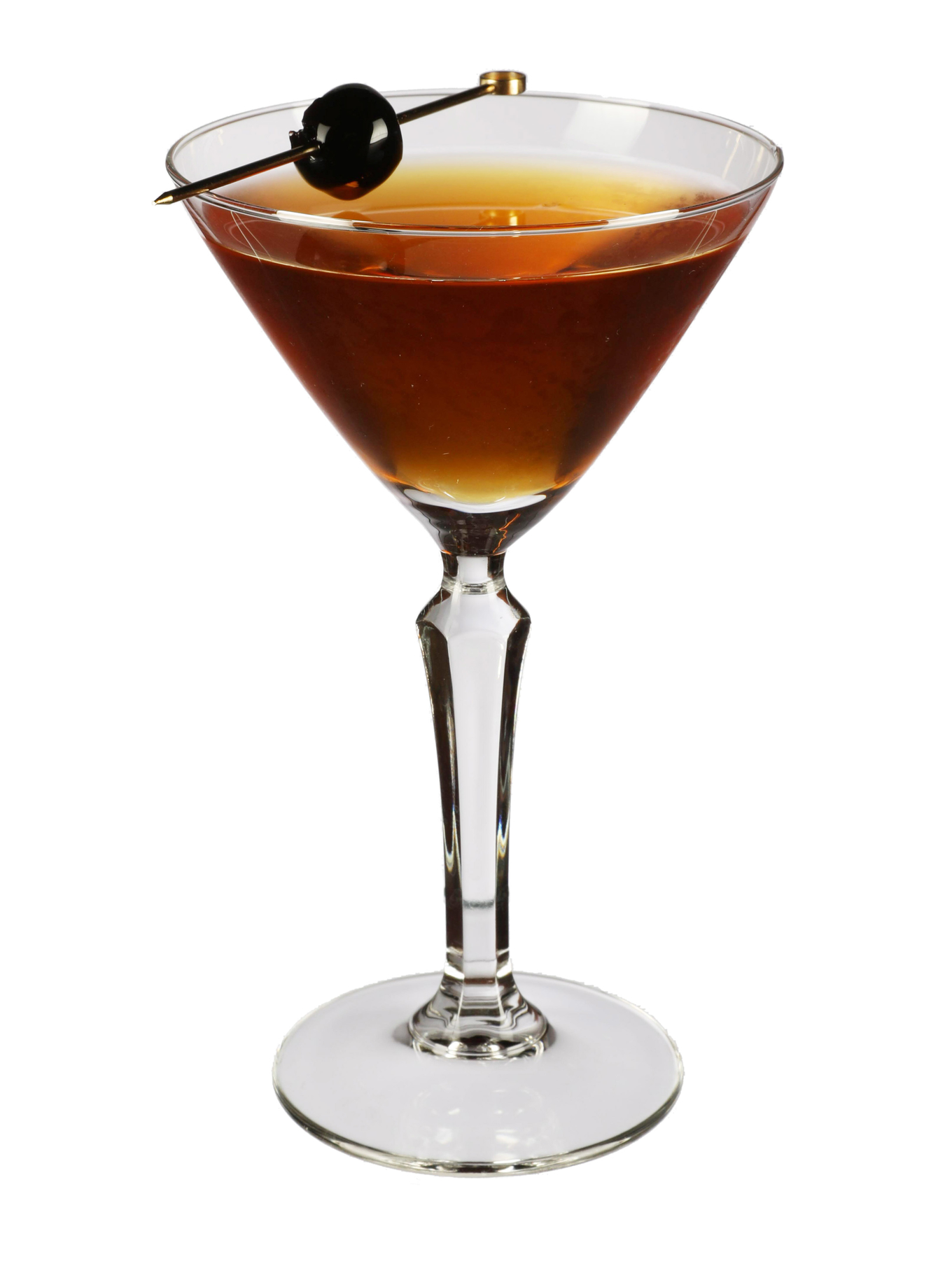 Explorer 'Martini'
With: Scotch whisky, amaretto liqueur, and amontillado sherry.
We say: Add a splash of sherry to a Godfather and you've an explorer. 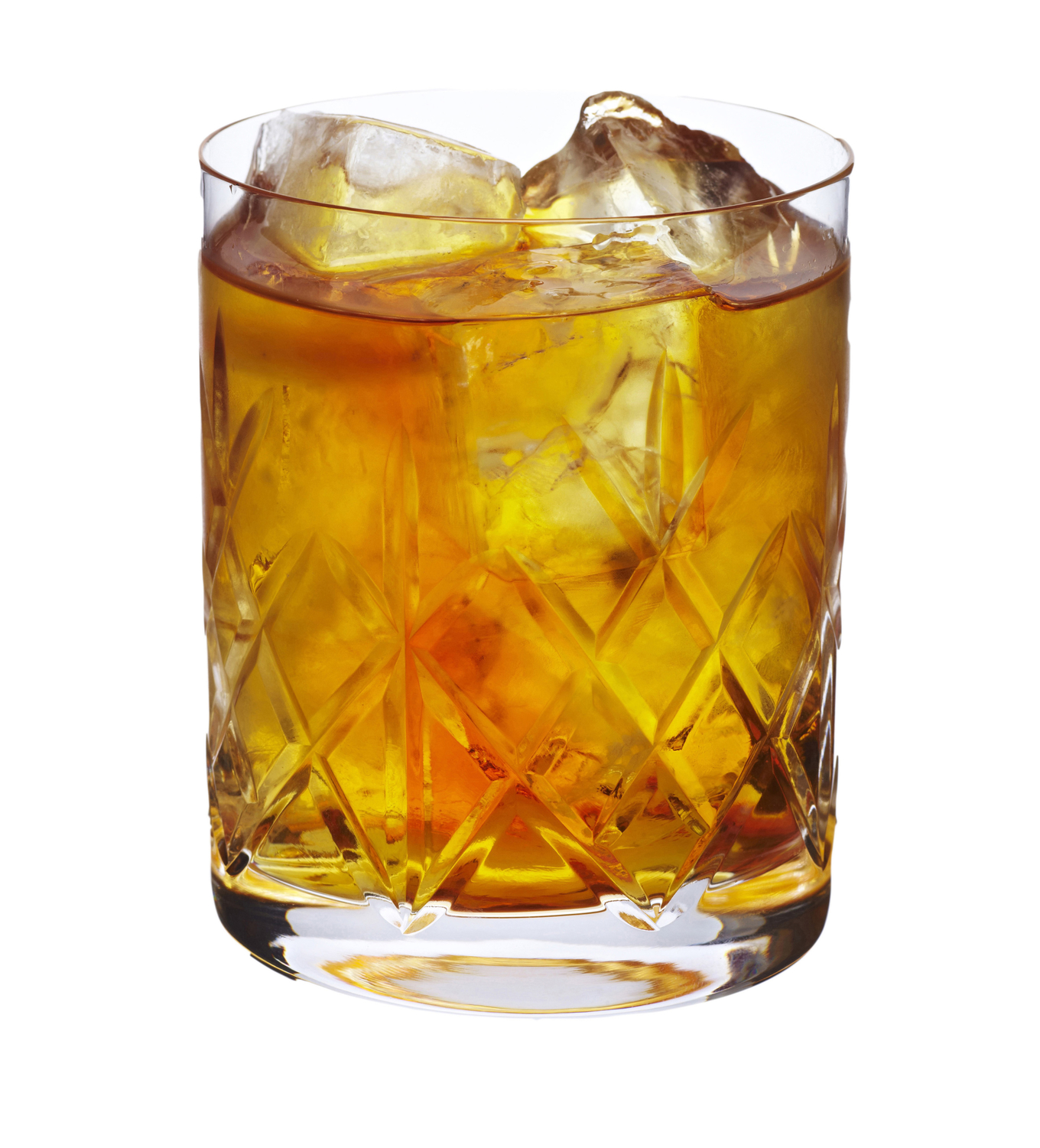 Fat Godfather
With: Fat-washed Scotch whisky, amaretto liqueur and whiskey barrel bitters.
We say: This Godfather has been on the bacon. 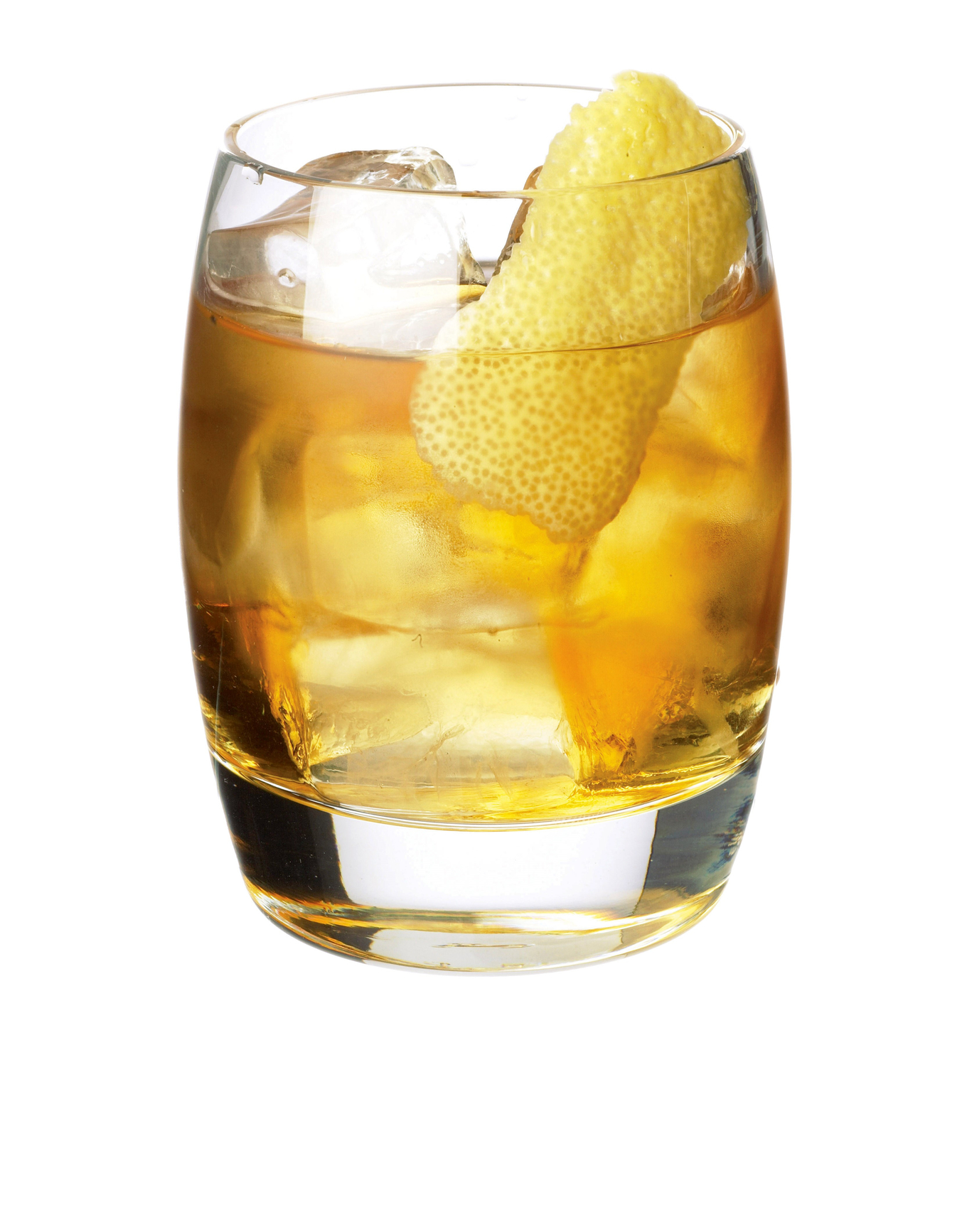 French Conection
With: Cognac and amaretto liqueur.
We say: A Godchild but traditionally specifically made with cognac rather than brandy and served in a snifter glass without ice. 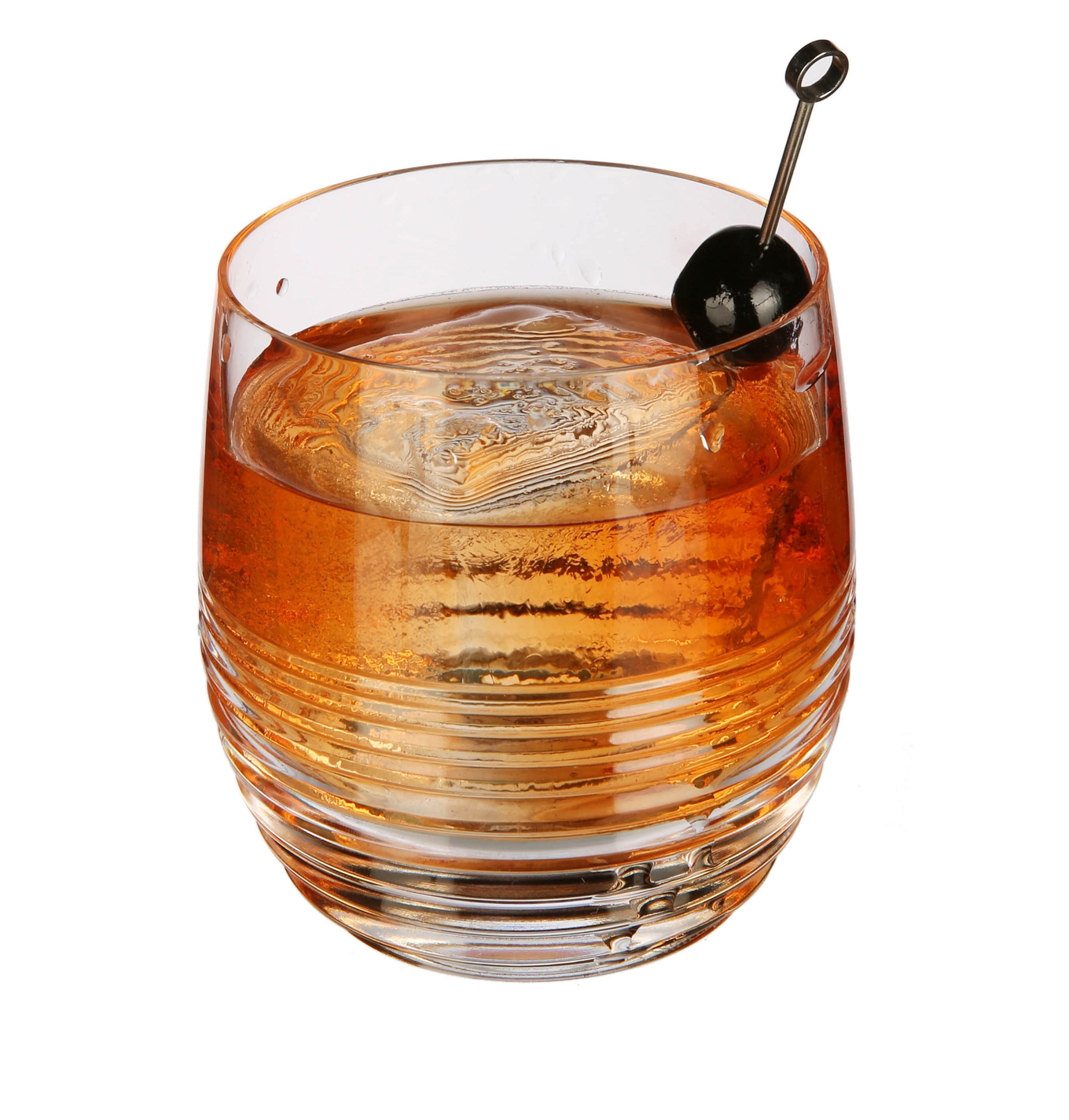 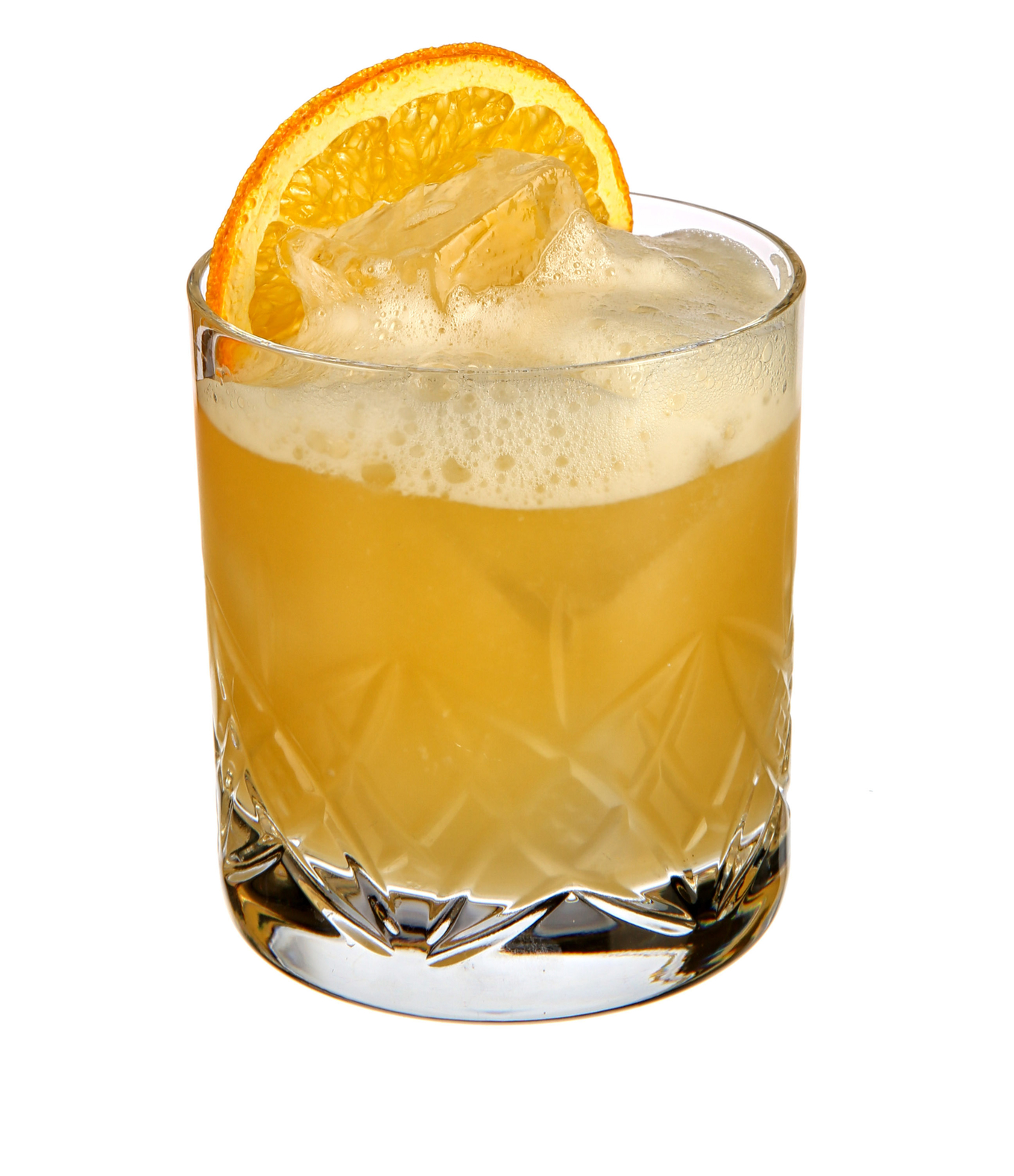 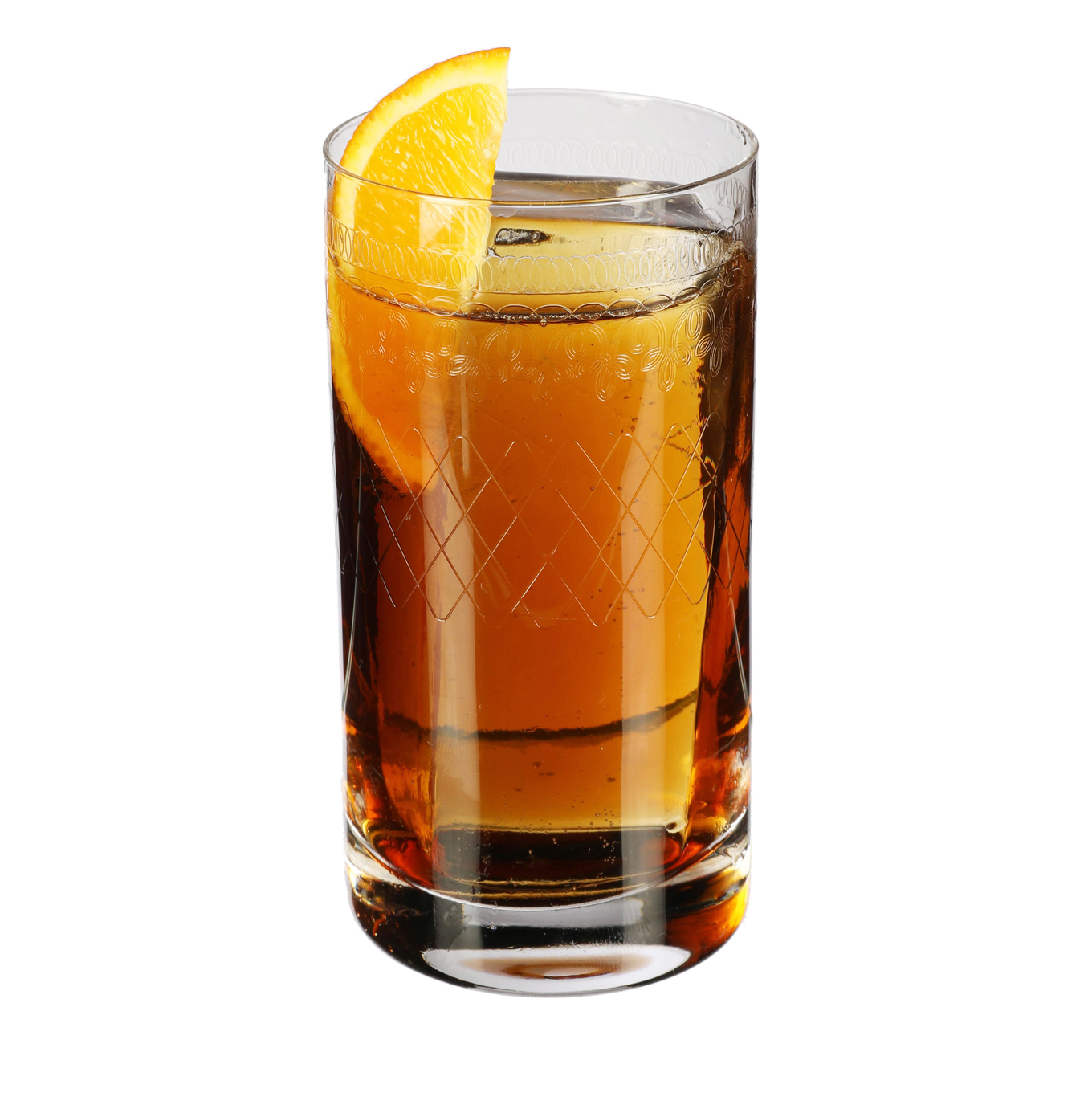 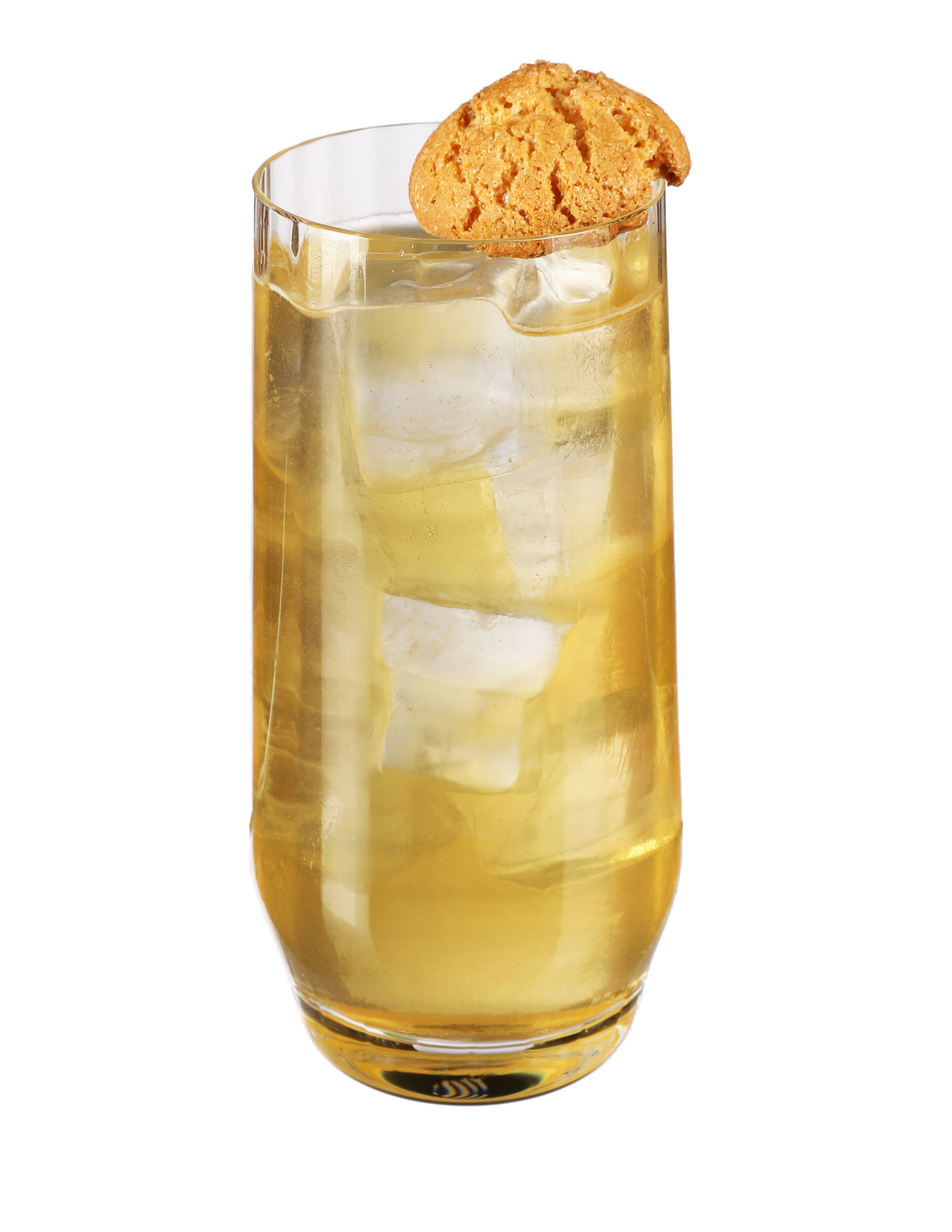 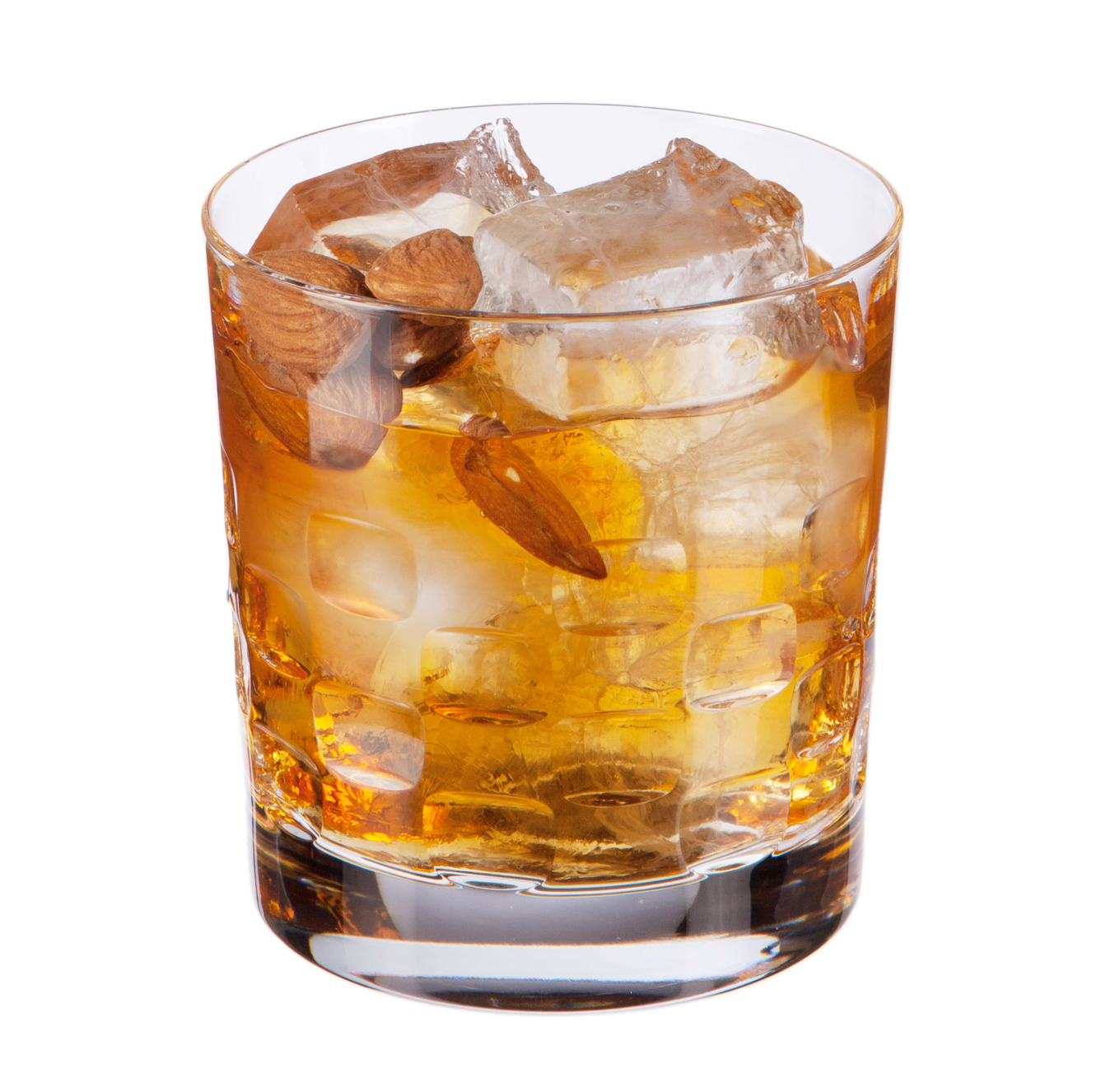 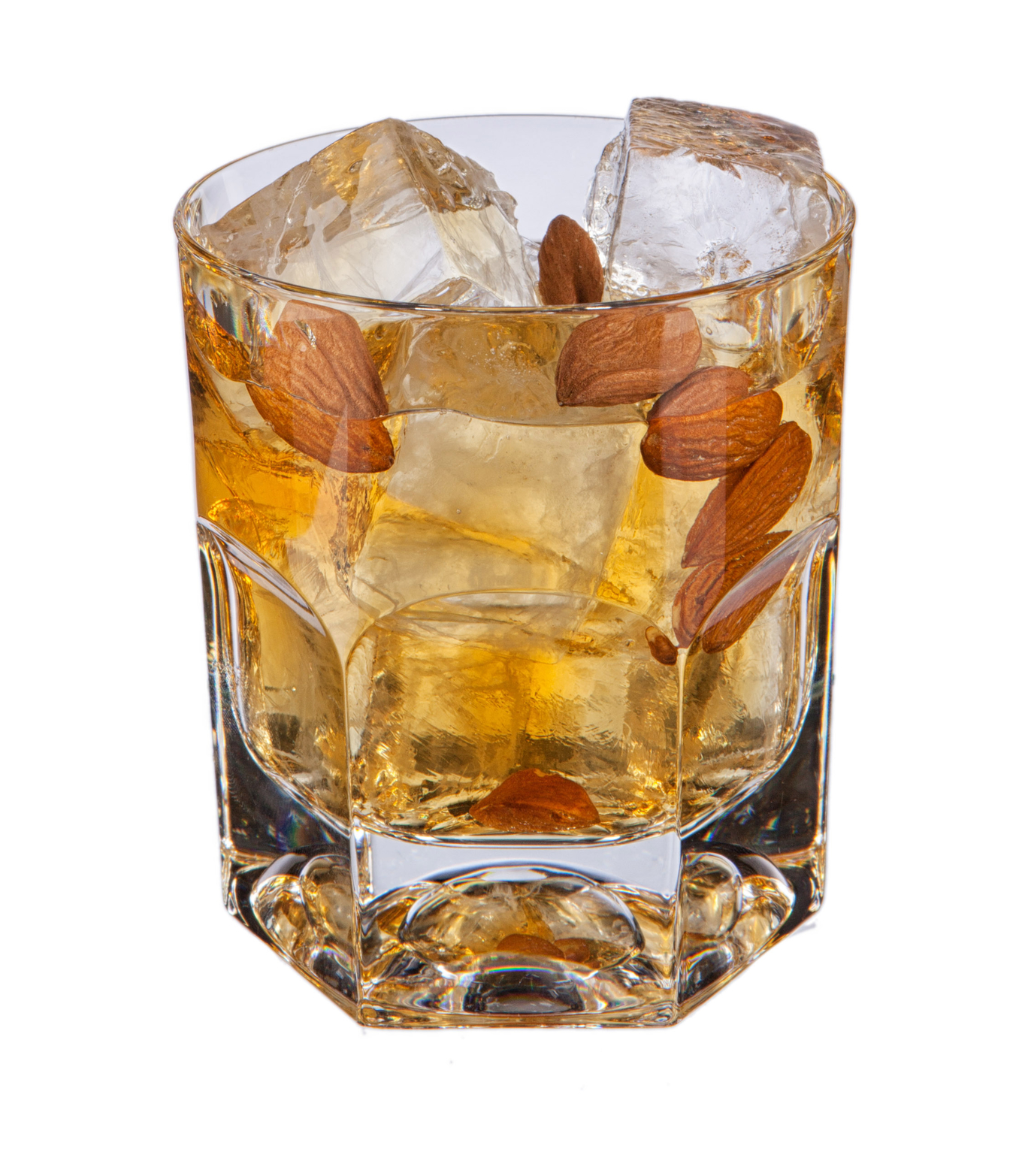 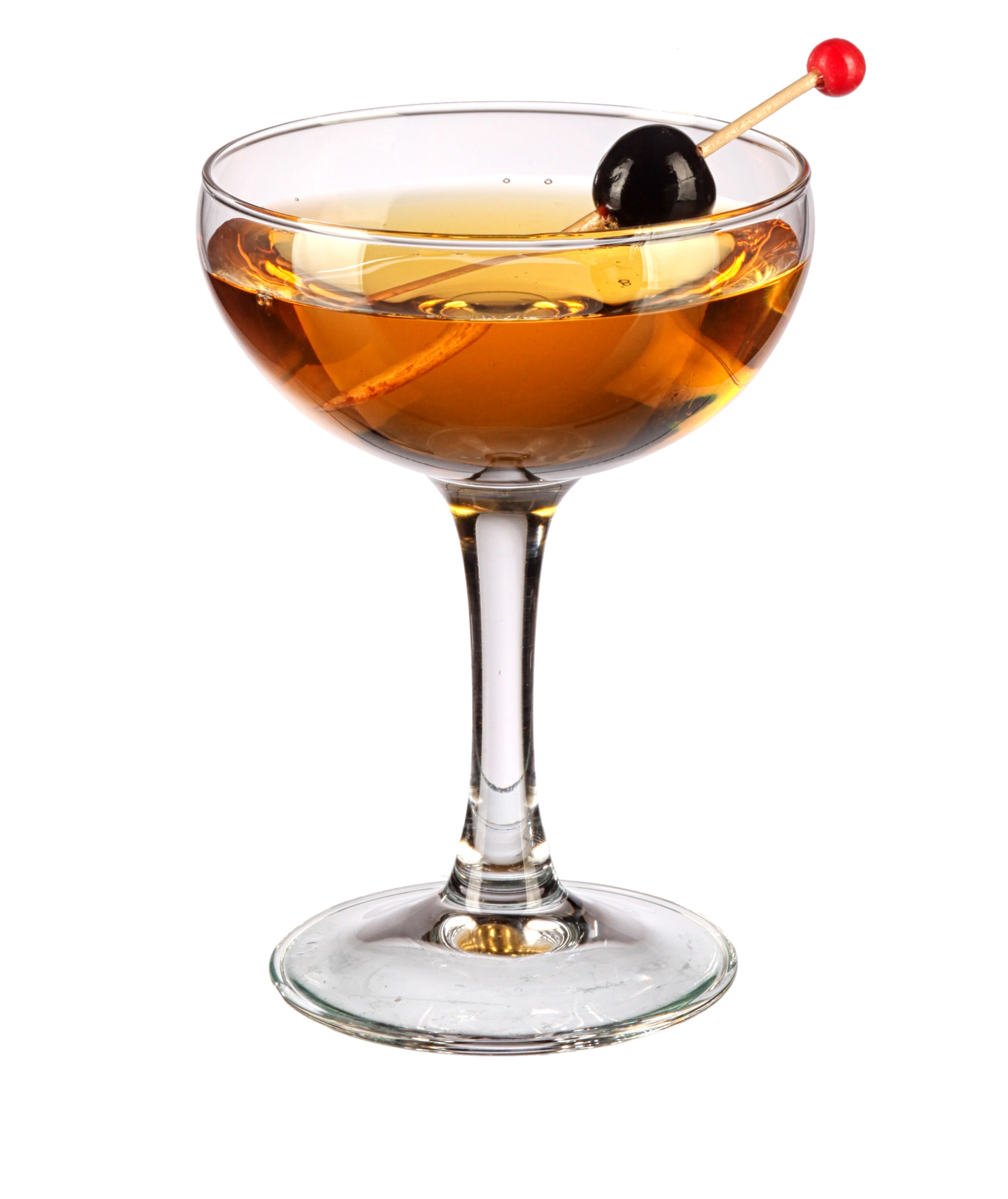 Stiletto Manhattan
With: Tennessee whiskey, amaretto, dry vermouth, orange bitters.
We say: Add a splash of vermouth to a Godfather and you've a Manhattan. 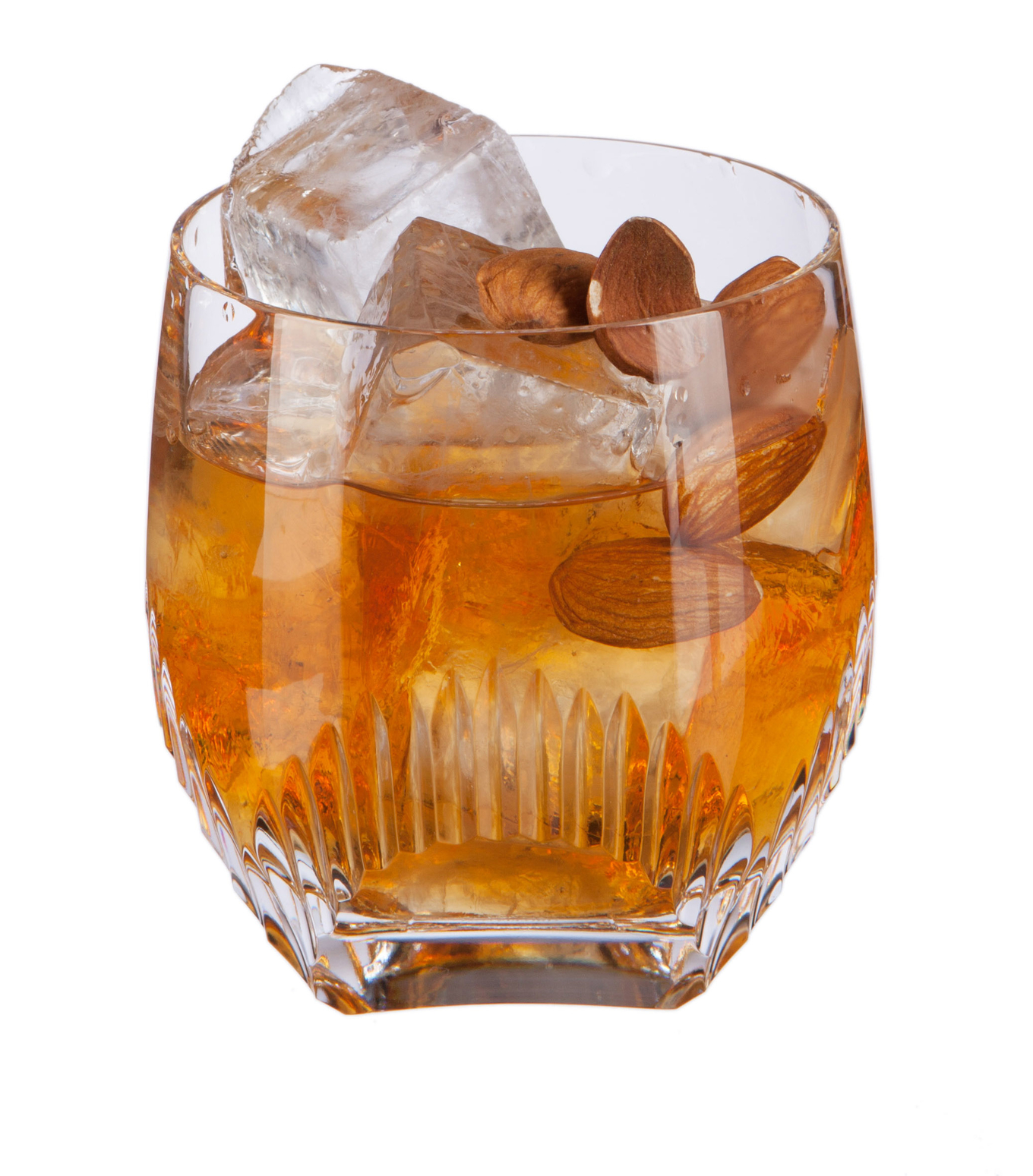 ... comment(s) for The Godfather cocktail and its siblings