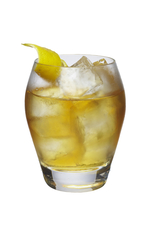 America seems to have a 'national day' to celebrate pretty much everything and as we write what you read on this website, we thought it fitting that we recognise the importance of punctuation.

So as I type, I'm more conscious than usual of my use and placement of commas, semicolons, question marks and full-stops, the latter inexplicably termed 'periods' in the distant land where this national day originates. And, incidentally, when did brackets become parentheses? These, and other punctuation marks, make what would otherwise be unintelligible streams of written consciousness into understandable, easy to read and digest sentences.

So we'll ponder the Americanisation of the full-stop while enjoying a Periodista Daiquiri and toast those educated writers who employ perfect punctuation with a El Momento Perfecto. One such boffin is Jeff Rubin, who founded National Punctuation Day in 2004 to promote the correct usage of punctuation.

Another unofficial American national holiday celebrated annually on 24th September is National Cherries Jubilee Day. This is distinct from plain old National Cherries Day (celebrated in the UK annually on 16th July) as it particularly celebrates the Cherries Jubilee, a dessert Auguste Escoffier prepared to mark Queen Victoria's Jubilee. This excuse to get downright fruity is celebrated by making the famous dessert, typically with cherries mixed with kirschwasser, flambéed, and served as a sauce over vanilla ice-cream. Delicious.

May we suggest you take to the kitchen to observe this national day and prepare a Cherries jubilee. Why not also mix up a suitable cocktail to accompany it such as a Hunter Cocktail; Cherry Alexander; Pop My Cherry; or even a Donna's Creamy'tini.

Published when he was just 24, This Side of Paradise catapulted F. Scott Fitzgerald into fame, wealth and an extravagant lifestyle that earned him a reputation as a playboy and tainted his standing as a serious writer.

His next novel, The Beautiful and the Damned, was a pitch-perfect critique of what became known as the Jazz Age. But it was his final complete work, The Great Gatsby, that would ultimately be recognised as the definitive portrait of the Roaring Twenties. Fitzgerald was born on this day in 1896, so today we're remembering him with a stylishly sour Fitzgerald.

On this day in 1948, in a Japan still reeling from the Second World War, a former motorcycle mechanic named Soichiro Honda incorporated his company. Honda was, even by the standards of societies less conservative than pre-war Japan, a bit of a badass. Born so poor that five of his eight siblings died in childhood, he left his small village aged 15 for the bright lights of Tokyo to become an auto mechanic, and proved so good at it he got to design racing engines.

A stint as a racing car driver ended after a horrific crash; a second crash, in which he drove a vehicle and three geishas off a bridge (all involved survived) persuaded Soichiro to go a little easier on the nightlife. That said, after his first factory was bombed at the end of WWII, he made a living for himself distilling moonshine in a self-designed still, until the time was ready to start up again. Honda overcame not only the cliquey families that ran Japanese industry but the conglomerates of the US. Soichiro Honda! We salute you. And we're toasting you with a Japanese Pear.