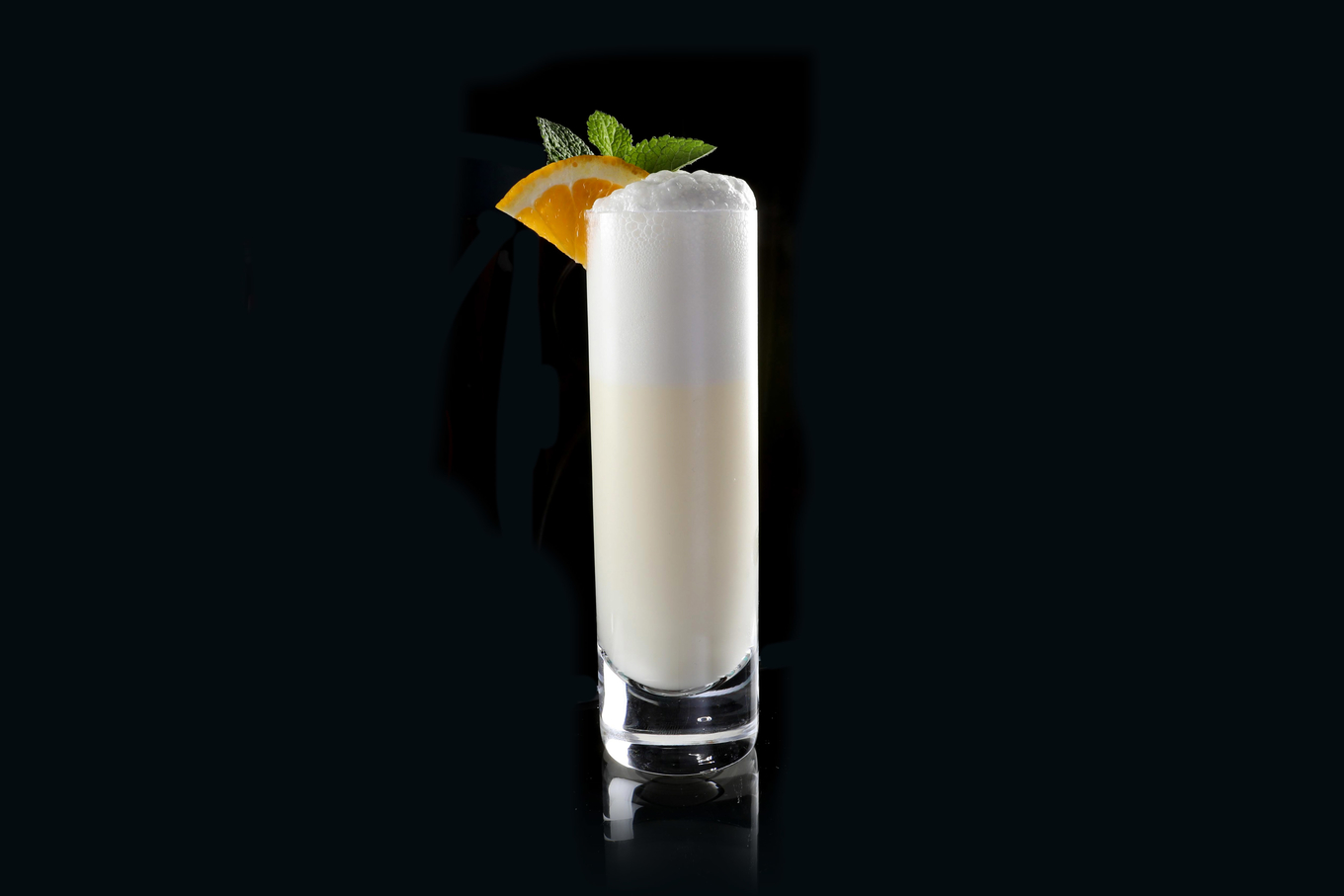 The Ramos Gin Fizz was created in 1888 by Henry Charles Ramos at the Imperial Cabinet Saloon on the corner of Gravier and Carondelet Streets in New Orleans USA.

Henry, then better known as Carl, took over the bar, along with his brother Charles Henry Ramos, from Emile Sunier, who had, in turn, acquired the premises from Pat Morgan who used to champion Imperial Cabinet branded whiskey, hence the bar's name.

Originally named the New Orleans Fizz, Henry used to call his famous creation the One And Only One. The creamy, yet almost fluffy cocktail was an immediate success, propelling the bar's popularity to the extent that it would often have 20 bartenders and "shaker boys" dedicated to just making Ramos Gin Fizz cocktails, but they would still struggle to meet demand. That's perhaps understandable when you hear that devotees say it takes 12 minutes to shake, requiring several bartenders to shake in relay, not least because the shaker becomes so cold and frosted that it must be wrapped in a cloth to be comfortably held. 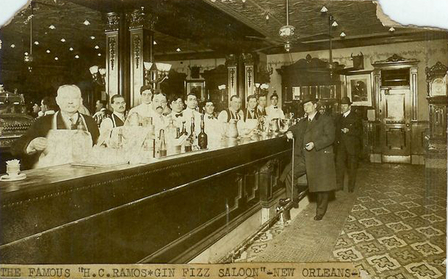 Driven by the success of his creation, in 1907 Henry opened his own larger bar, taking over Tom Anderson's Stag Saloon, a few blocks down at 712 Gravier Street on the corner of St Charles Avenue, opposite the entrance to the St. Charles Hotel.

In his Famous New Orleans Drinks and How to Mix 'Em, Stanley Clisby Arthur writes that at The Stag, "the corps of busy shaker boys behind the bar was one of the sights of the town during Carnival, and in the 1915 Mardi Gras, 35 shaker boys nearly shook their arms off, but were still unable to keep up with the demand."

In 1935, the Fairmont Hotel in New Orleans, just a couple of blocks away from where Henry created the drink, purchased the rights to the Ramos Gin Fizz from Henry's son and trademarked the drink. (Confusingly, what is now the Fairmont Hotel originally opened in 1893 as The Hotel Grunewald, then became The Fairmont, then The Roosevelt before reopening after Hurricane Katrina as The Fairmont. To allay confusion, I've stuck to Fairmont regardless of period.)

The Fairmont Hotel promoted the drink, the popularity of which was also helped by the governor of Louisiana, Huey P. Long's fondness of it. So much so, that in July 1935, he took a bartender, named Sam Guarino, from the Fairmont Hotel to the New Yorker Hotel in New York City to train the staff there how to make the drink, so he could have it whenever he stayed in New York. The Museum of the American Cocktail has newsreel footage of this.

Bartenders at the Fairmont Hotel's Sazerac Bar continue to proudly make the drink and tell the story of Henry Ramos to this day.

With the onset of Prohibition on 27th October 1919, at the stroke of midnight, Henry announced, "I've sold my last Gin Fizz." Henry was forced to close his bar and the recipe remained a closely guarded secret. That was until a staff writer for the The New Orleans Item-Tribune by the name of Don Higgins had "the brass-bound nerve to ask it of him."

The reporter interviewed Henry "in his roomy, cool old Creole home at 726 North Rampart Street" where he is reported to have said, "Now I will give you the formula for the One And Only One, the Ramos Original Gin Fizz. But in publishing it you must say that if success does not attend the first mixture, a second should be tried. And be sure to use an airtight shaker and to shake and shake and shake until there is not a bubble left but the drink is smooth and snowy white and of the consistency of good rich milk. The secret of success lies in the good care you take and in your patience, and be certain to use good material."

Higgins' piece about meeting Henry was re-published some years later on 23rd September 1928, five days after Henry's death as "A tribute to one of New Orleans' greatest treasures" and this included the following recipe.

Some say that vanilla extract was the secret ingredient that prevented others from successfully copying the Ramos Gin Fizz, while others hold it was not originally used. In his 1937 Famous New Orleans Drinks and How to Mix 'Em, Stanley Clisby Arthur writes, "Veteran barkeepers differ violently - practically come to blows - over the inclusion of the two innocent drops of extract of vanilla. Old-timers who worked for Henry Ramos in the past declare the original Ramos included no vanilla. Others hold that the twin drops of extract wrung from the heart of the vanilla bean either make or break a real gin fizz - make it taste like heaven or the reverse."

Arthur goes on, "Therefore, when you mix your fizz, add the two vanilla drops or leave them out, just as you please." I've chosen to use three drops of vanilla extract in our Ramos Gin Fizz recipe, but as Arthur says, "just as you please." 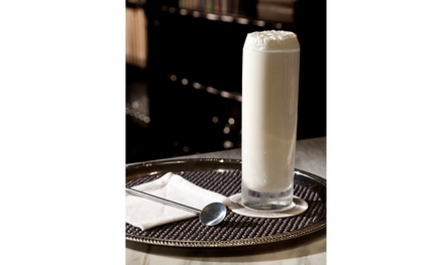