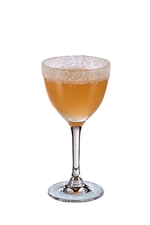 It is hard to imagine an era before the Red Cross. Not so much for the minutiae of life, such as First Aid training and cleaning cuts and grazes. But for its role on the battlefield.

Before Henry Dunant created the Red Cross in 1863, there was no agreed system for treating casualties on the battlefield. The wounded were picked up as best they could by colleagues, under fire unless a truce had been negotiated, and many did not survive the wait for assistance.

We have the Red Cross to thank for the Geneva Convention, which, in 1864, began to define what was acceptable and unacceptable in times of war, something we still struggle with today.

Its medics, who operate as the Red Crescent in Islamic countries, still provide assistance in times of conflict around the world. Today is Henry Dunant's birthday and Red Cross Day so we are toasting both Henry and his brave organisation with a Red Lion.

Victory in Europe (VE) Day celebrates the 8th May 1945 when, at 3pm, the UK's then-Prime Minister, Sir Winston Churchill, gave his famous radio broadcast announcing the end of WWII in Europe after Nazi Germany's unconditional surrender the day before.

The news that, after almost six years of war, life could start to return to normal brought spontaneous celebrations across the country. Even the Queen, then Princess Elizabeth, and her sister Princess Margaret, joined in after slipping out of Buckingham Palace unnoticed.

We suggest you celebrate VE Day with one of these 12 cocktails from the 1940s:
Irish Coffee (discovered in 1947)
Black Russian (1949 by Gustav Tops in Brussels)
Mai Tai (1944 by Victor "Trader Vic" Bergeron)
Rusty Nail (1942 for the artist Theodore Anderson)
Suffering Bastard (1942 by Joe Scialom at Shepheard's Hotel in Cairo)
Pink Squirrel (1941 by Bryant Sharp in Milwaukee)
Kava (1942 by Trader Vic)
Screwdriver (late-1940s)
El Diablo (1940s by Trader Vic)
Blue Moon (circa 1949 at the Waldorf-Astoria Hotel)
Flying Tigre (attributed to a US Marines captain in 1942)
Casablanca (named after the 1942 film)

The Olympics are, in theory at least, an occasion when nations can put aside those little differences that otherwise tear the world apart.

This day in 1984, though, when Vladimir Putin was just a humble KGB officer learning the spying craft in East Germany, the USSR pulled out of the Los Angeles Olympics, probably in a tit for tat because the US and other countries had boycotted the Moscow Olympics four years earlier.

Thank goodness those Cold War days are behind us, right? And that Russia's now a totally normal country, and Trump and Putin are cuddle-buddies, and there's no danger of Russia invading anywhere... Oh, wait.

In the hope that we can all get along well enough to make it through to the Los Angeles 2028 games without World War III, we're toasting today's anniversary with a White Russian.