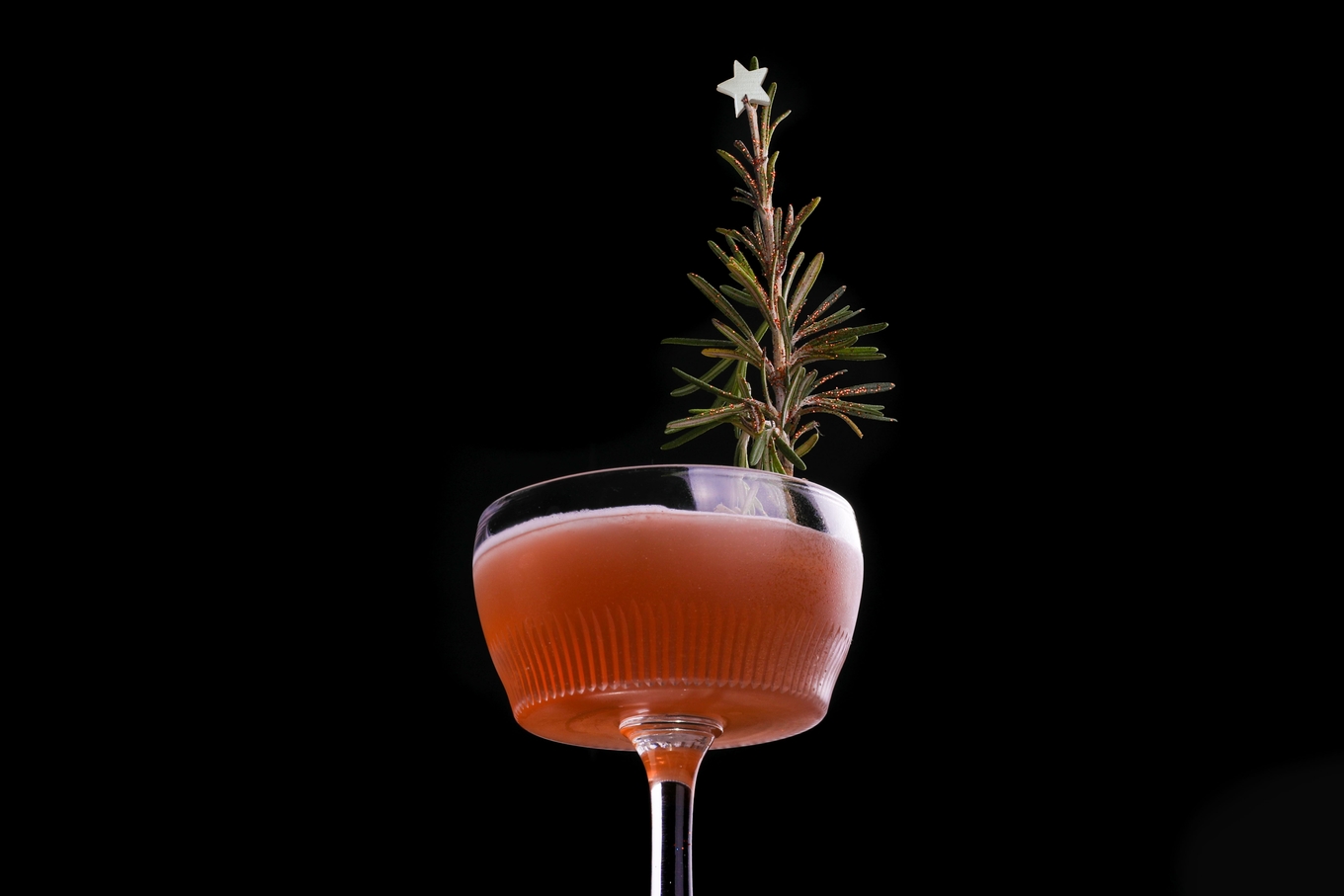 Christmas is a time for overindulgence, and so Christmas cocktails tend to be rich in every sense of the word. In America, it's the creamy Eggnog that dominates the festive cocktail scene while in the UK we have the Snowball, a lighter drink based on advocaat. However, there is a myriad of other tasty Christmassy cocktails with which to indulge. 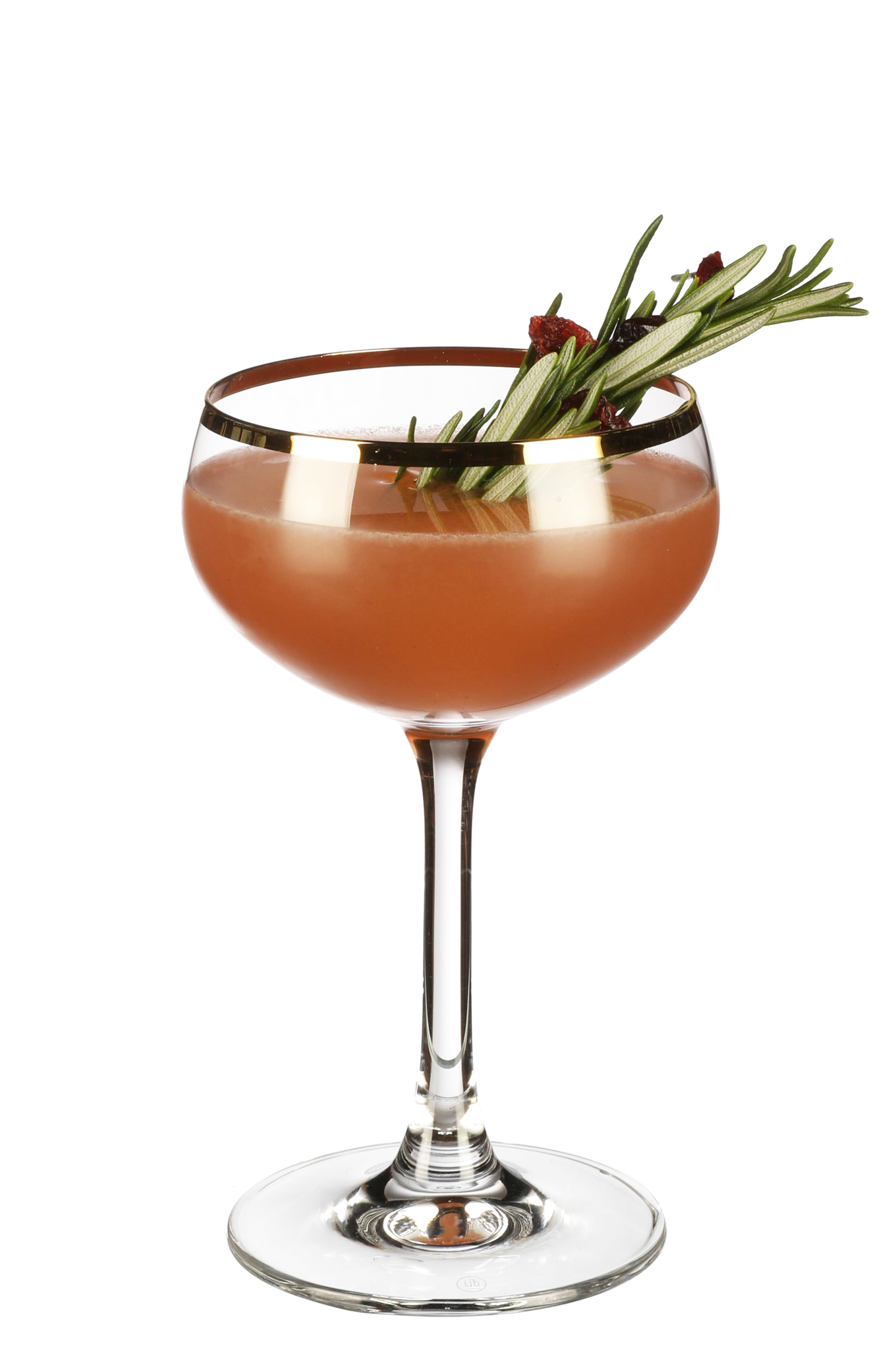 Christmas Cosmopolitan (pictured above)
Cranberry sauce with your turkey and cranberry juice in your Cosmo. With falernum adding delicate festive spice. 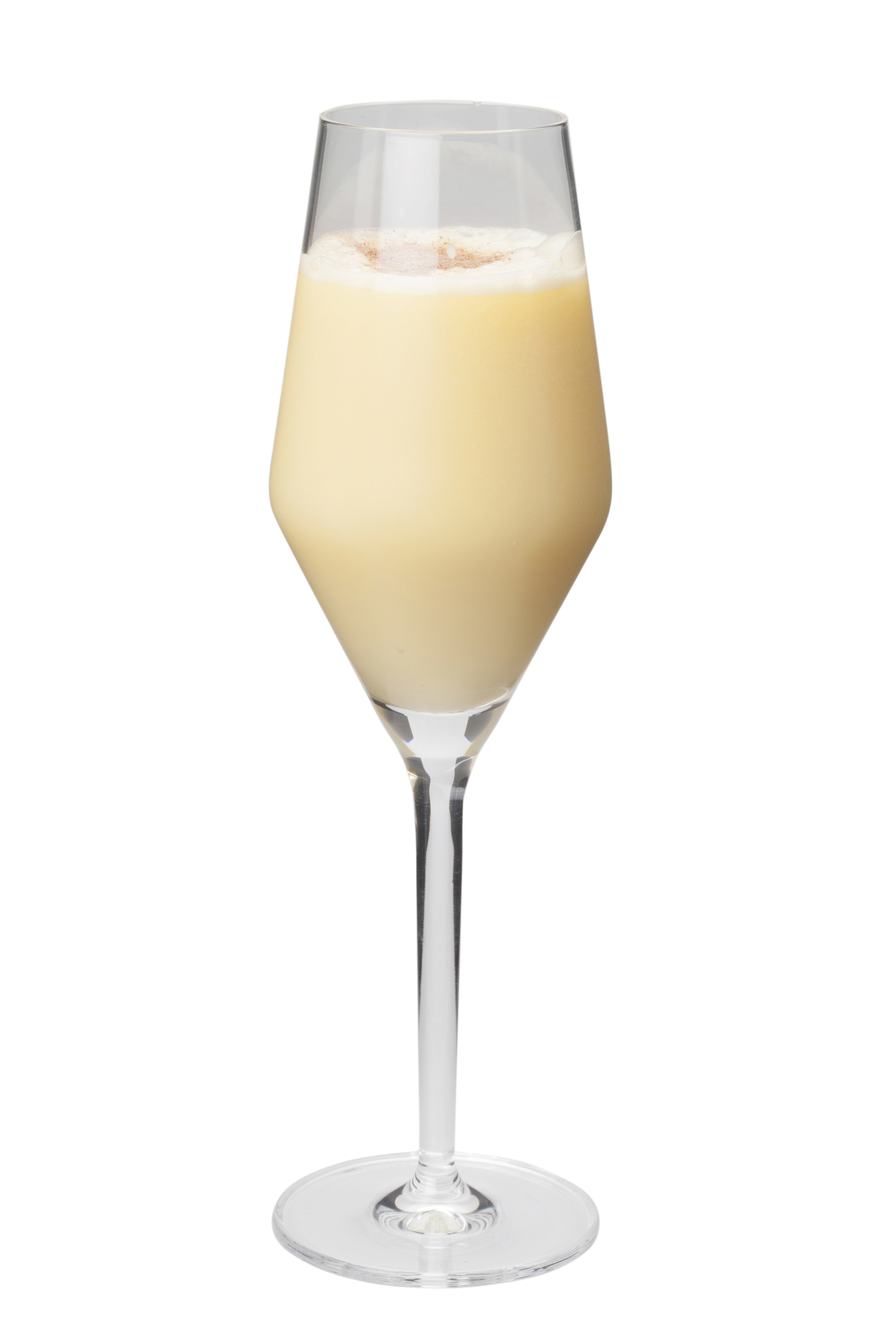 Champagne Snowball
This riff on the classic Snowball uses fino sherry to dry and freshen the drink while champagne lifts and lightens the thick creamy egg yolk. 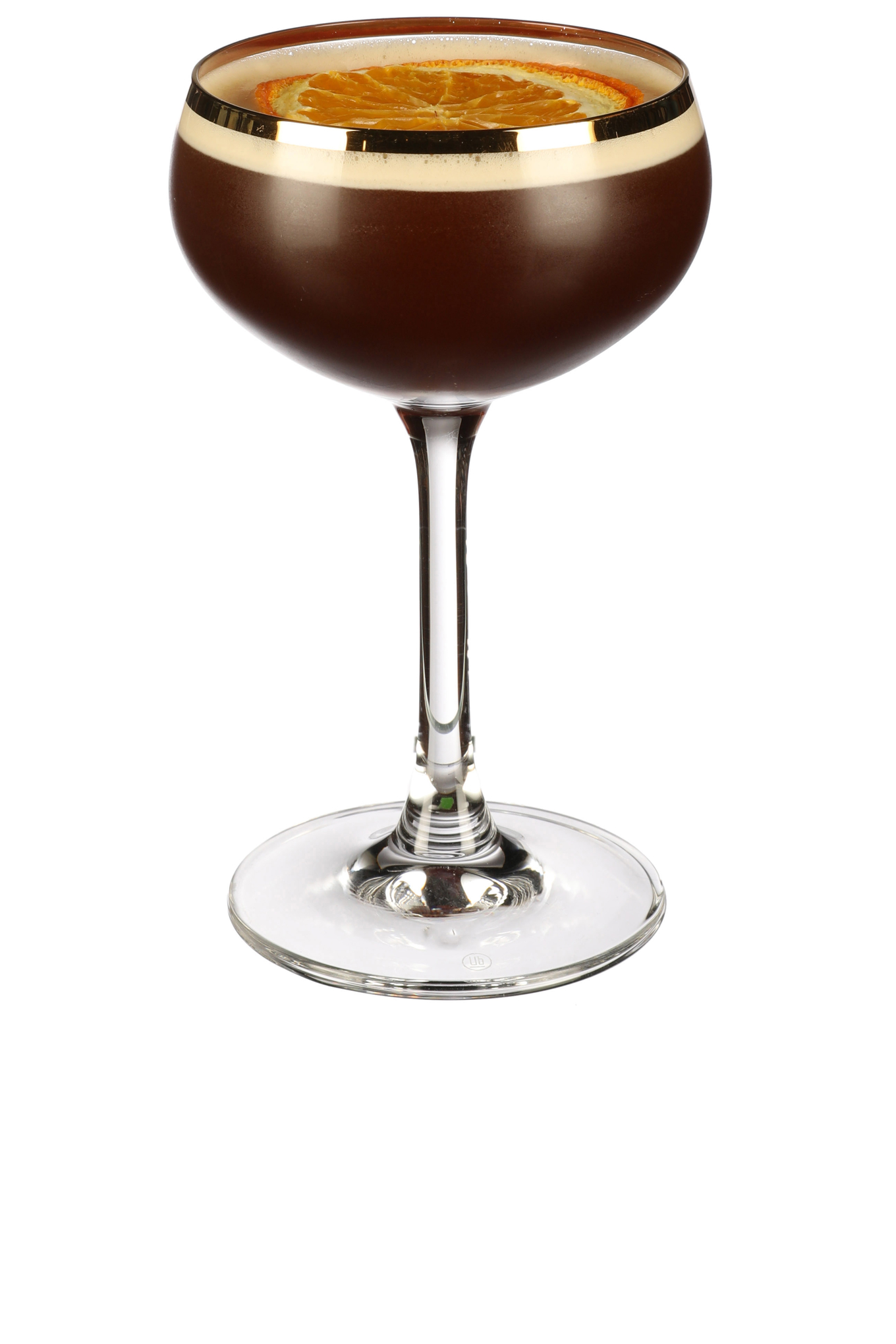 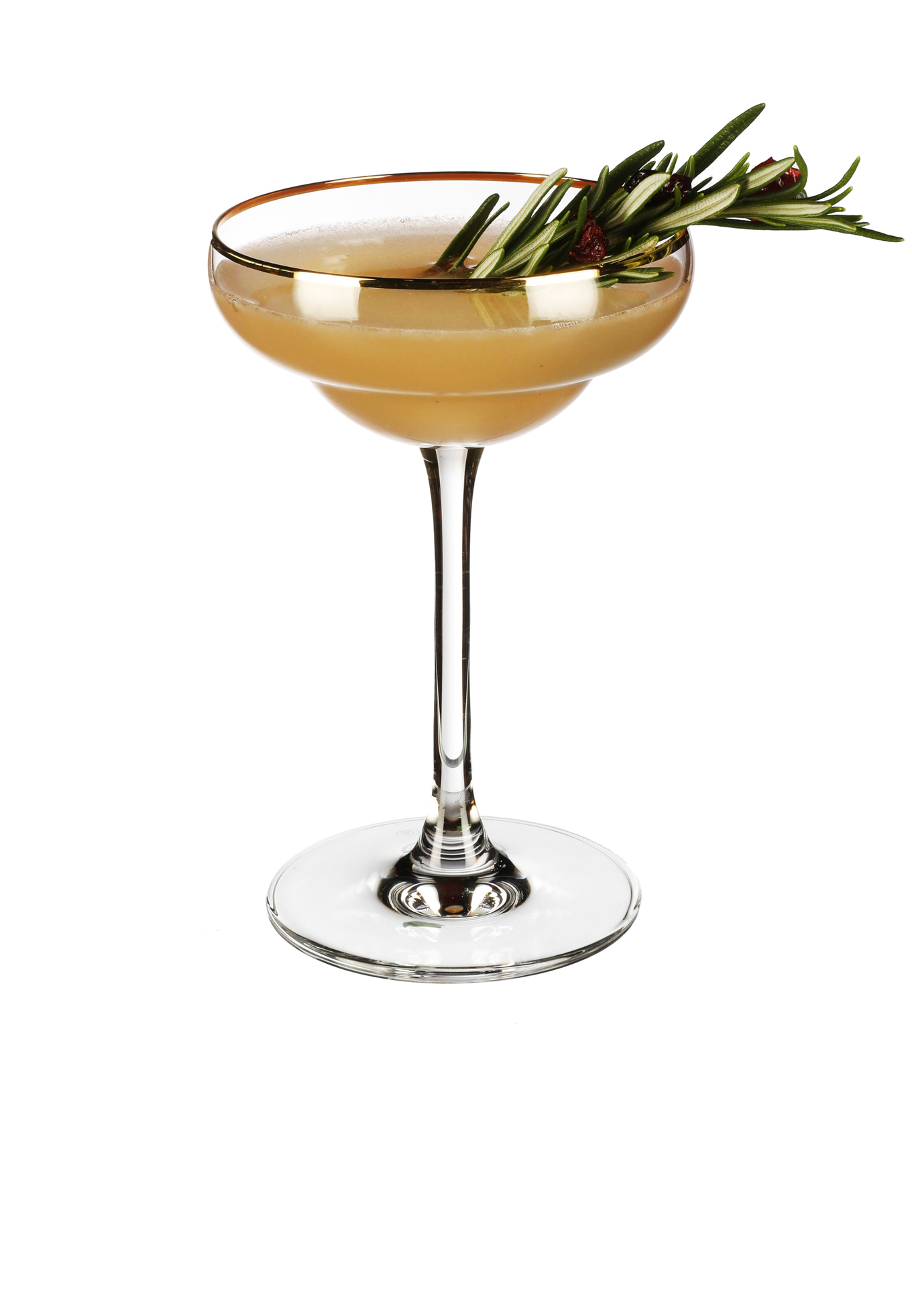 Christmas Margarita
The Cosmopolitan meets the Margarita in this gloriously pink cocktail - I was aiming for a Christmassy red hue. 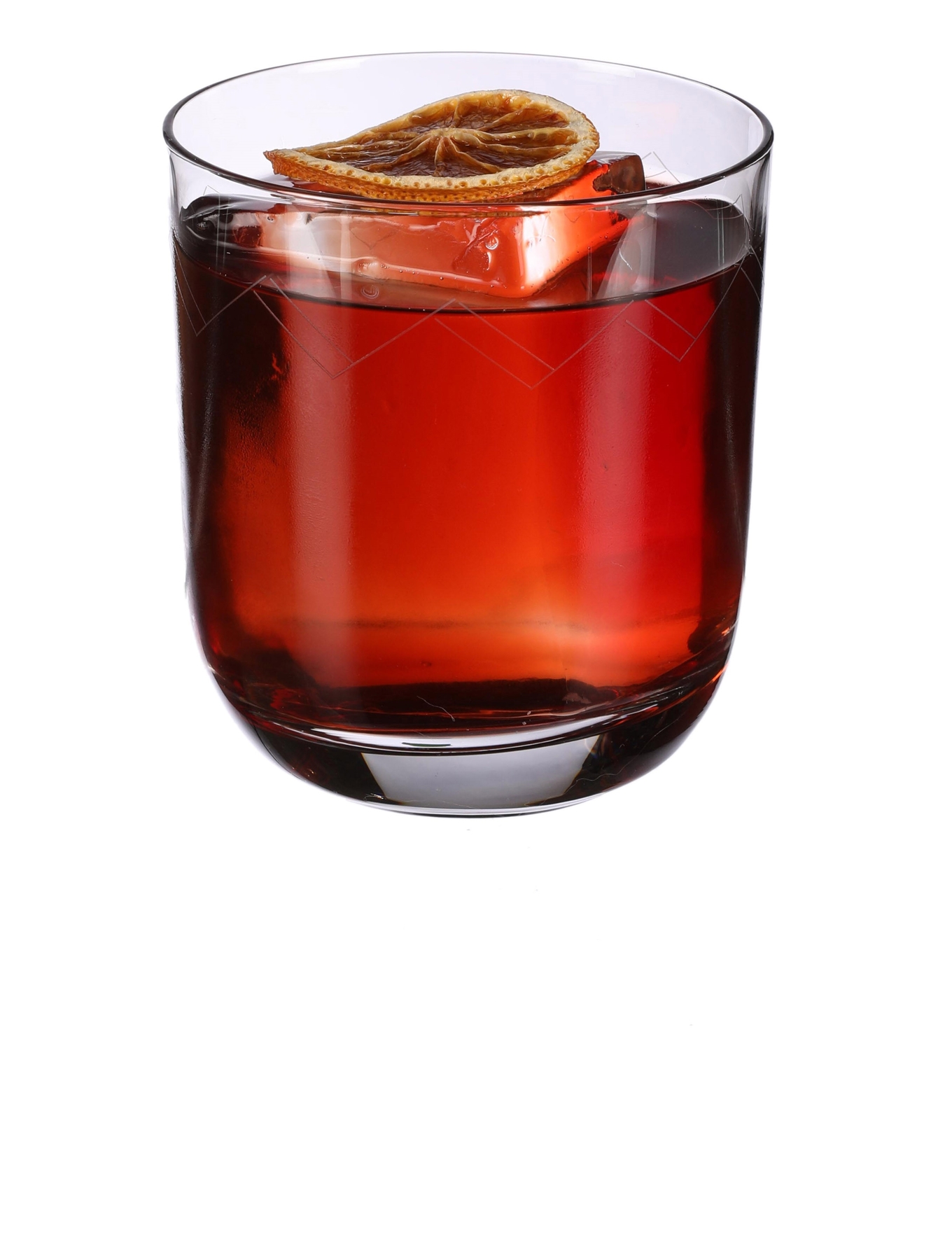 Mulled Negroni
Why sip mulled wine when you can feast on a Negroni. 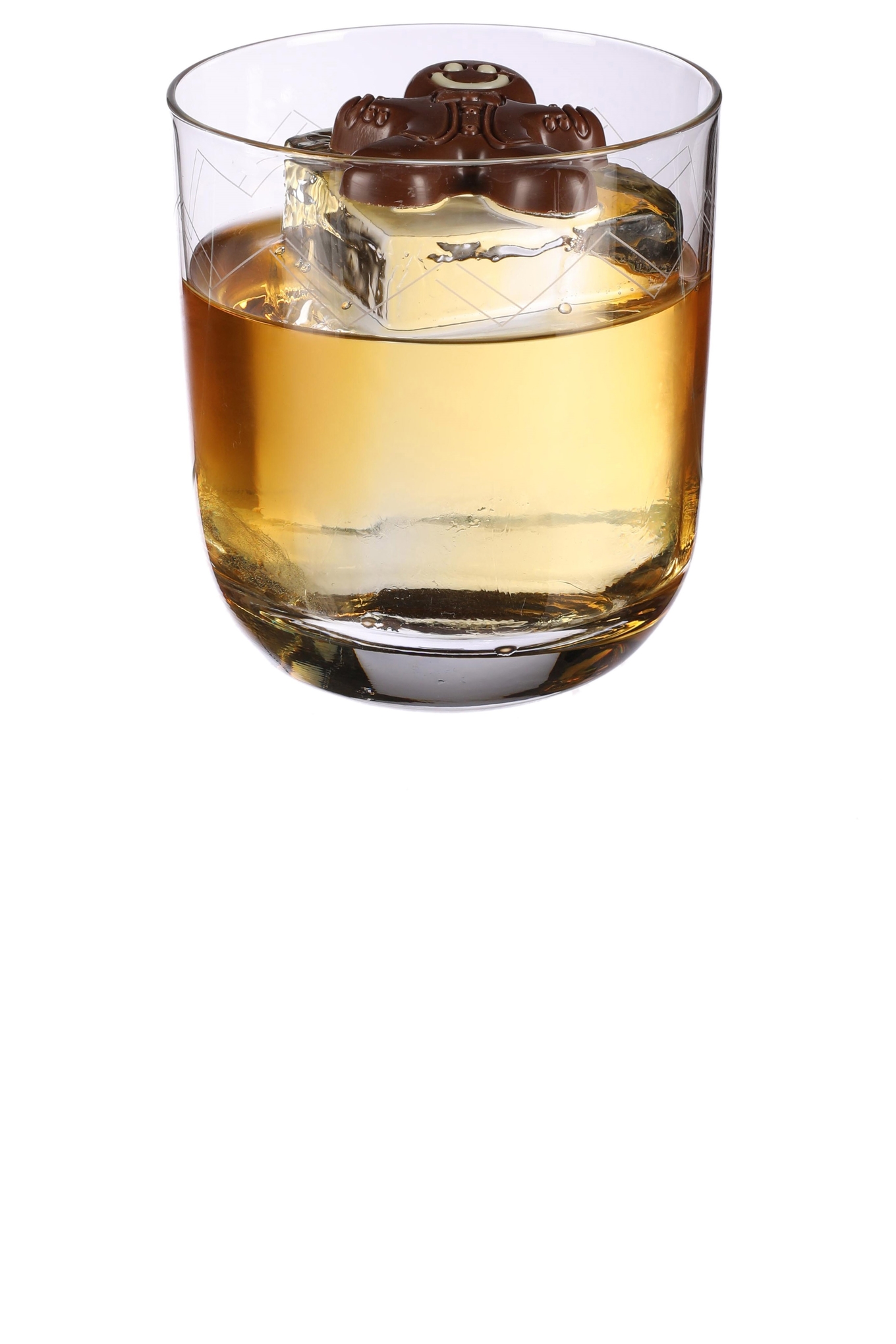 Gingerbread Old Fashioned
Something to nibble on while watching those TV Christmas specials. 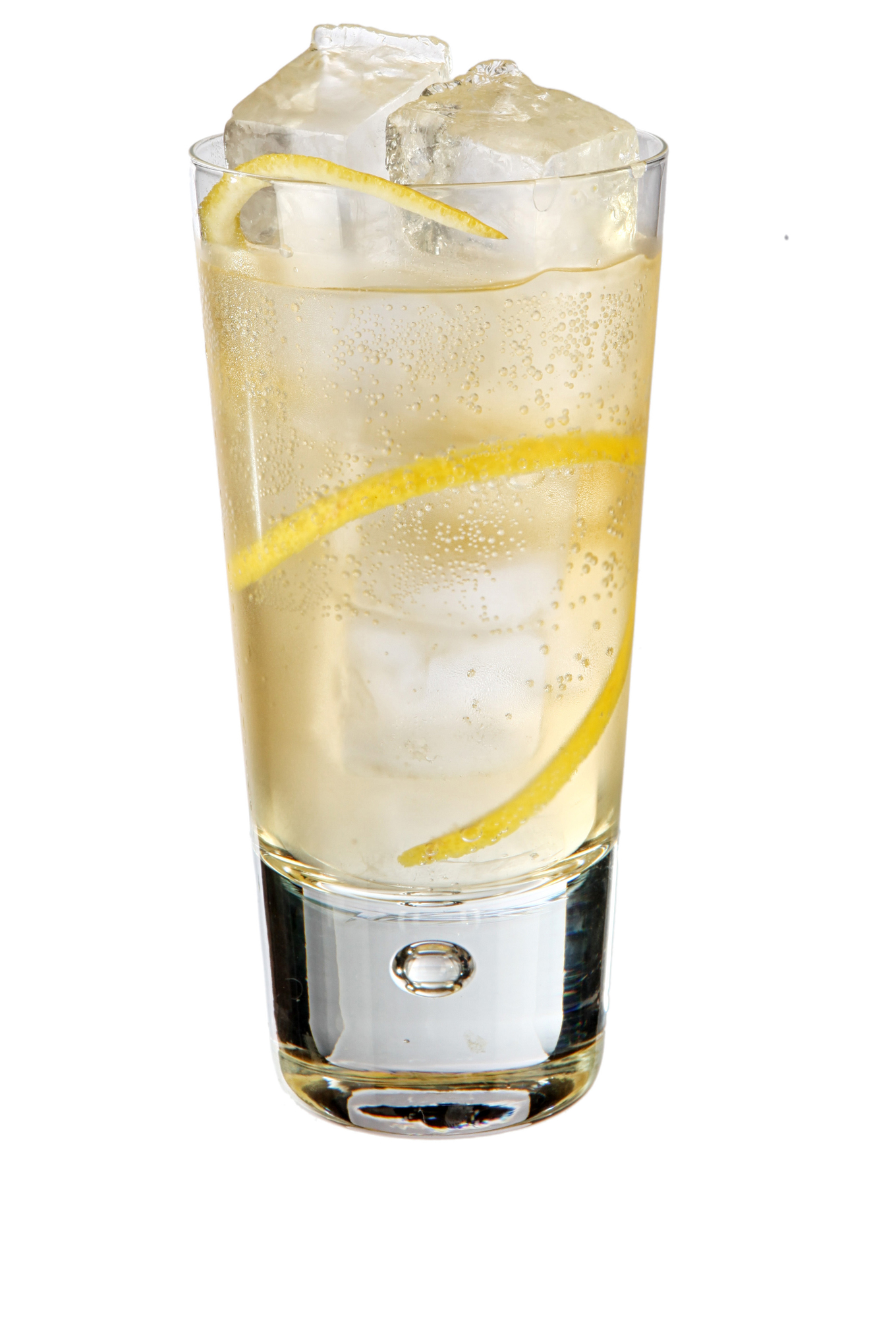 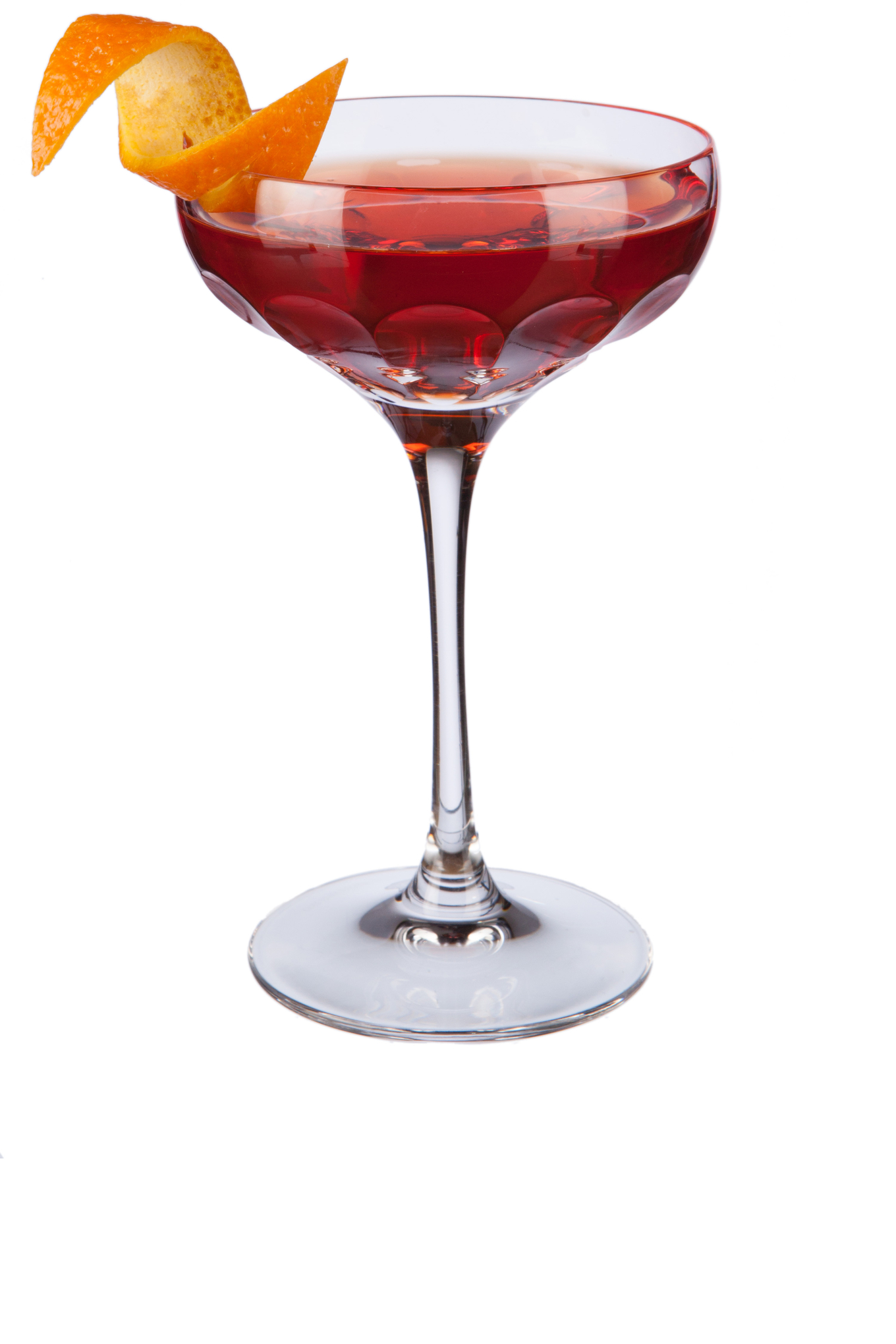 Celebration
Equal parts cognac, vermouth and Campari produces an appropriately named cocktail with a hue to match your Santa costume. 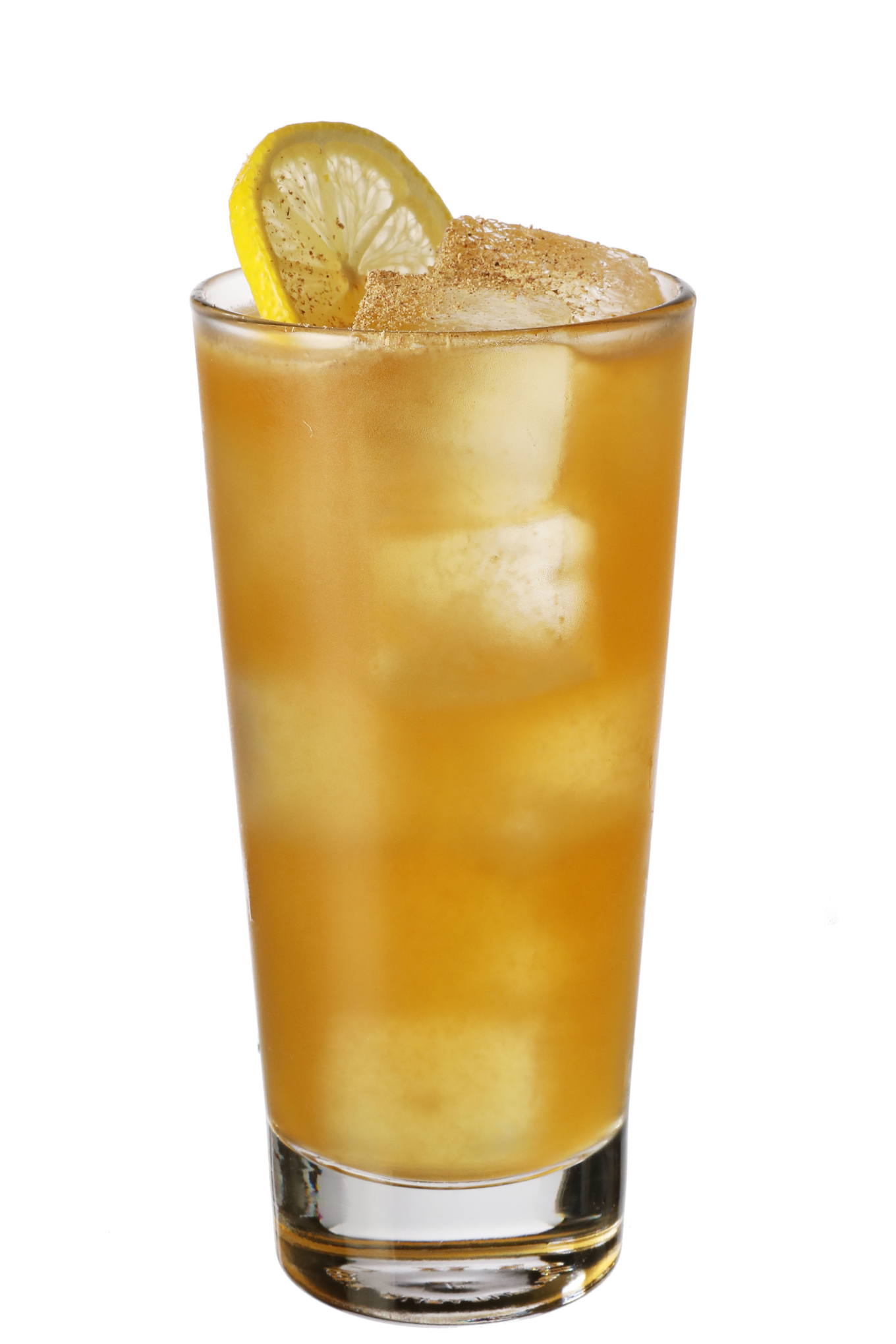 Fish House Punch
One of the most famous of all punch recipes, one of the stories behind the origin of the Fish House Punch has it that the drink was first made in 1848 by Shippen Willing of Philadelphia to celebrate women being allowed into the Fish House for the first time for a Christmas Party. 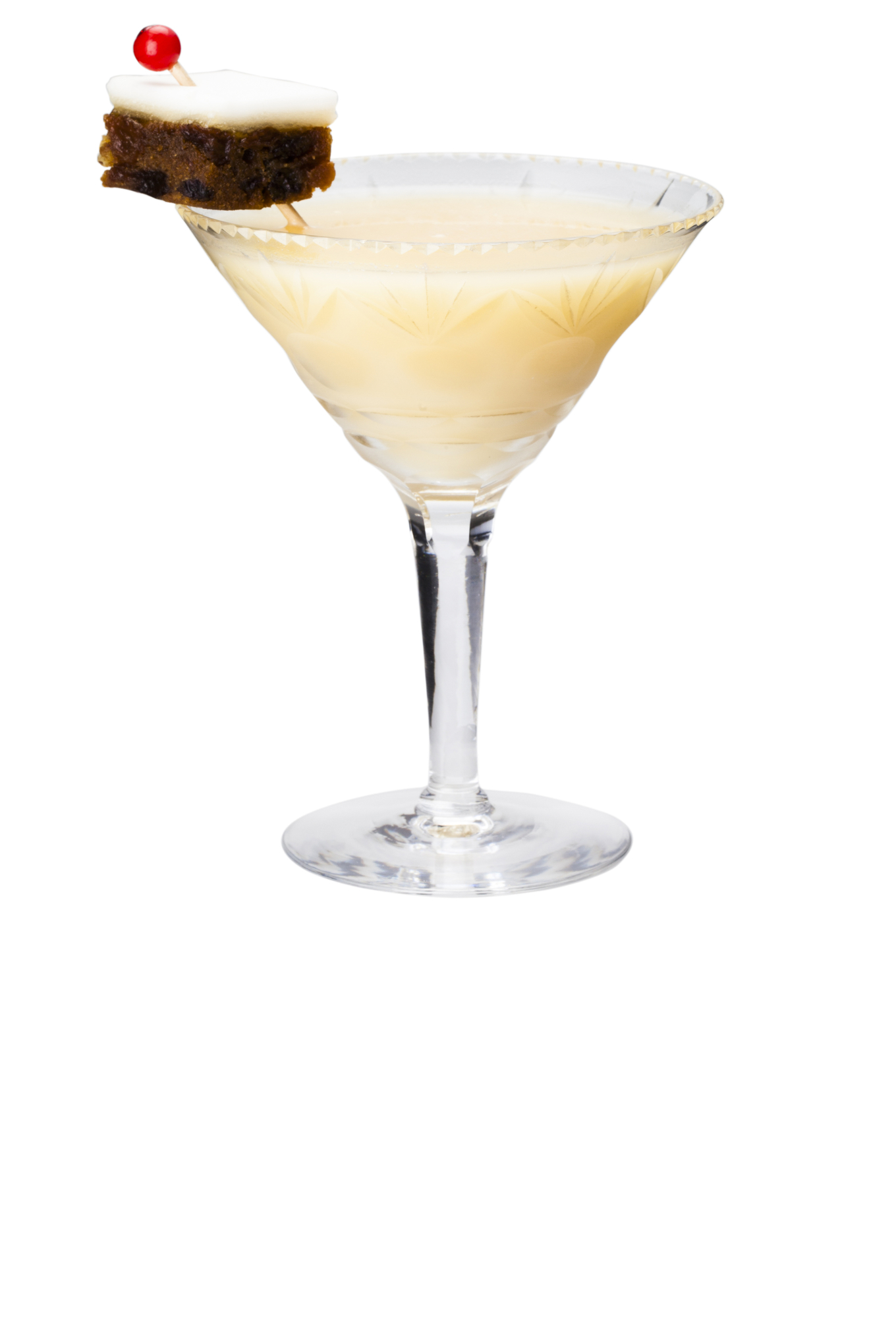 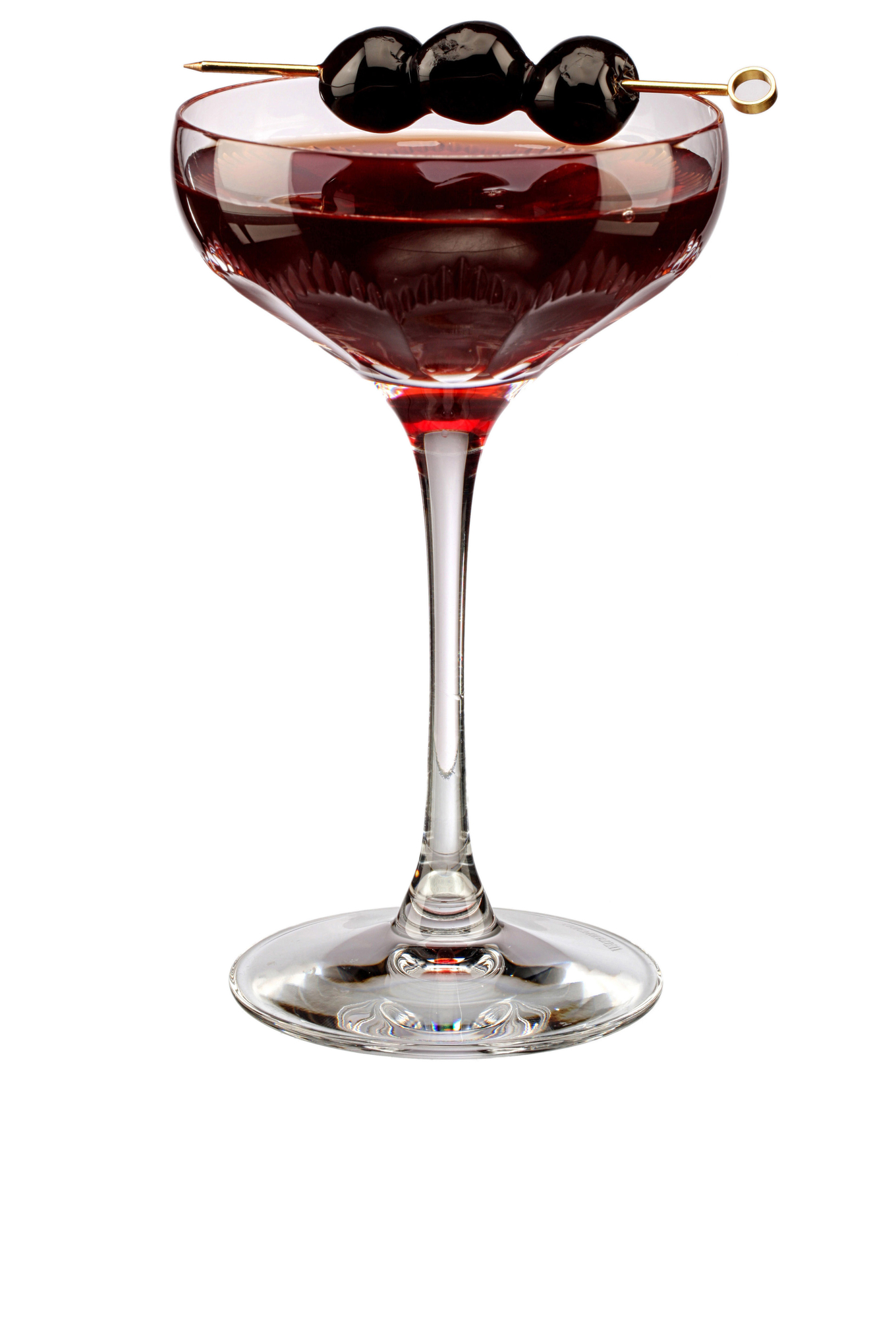 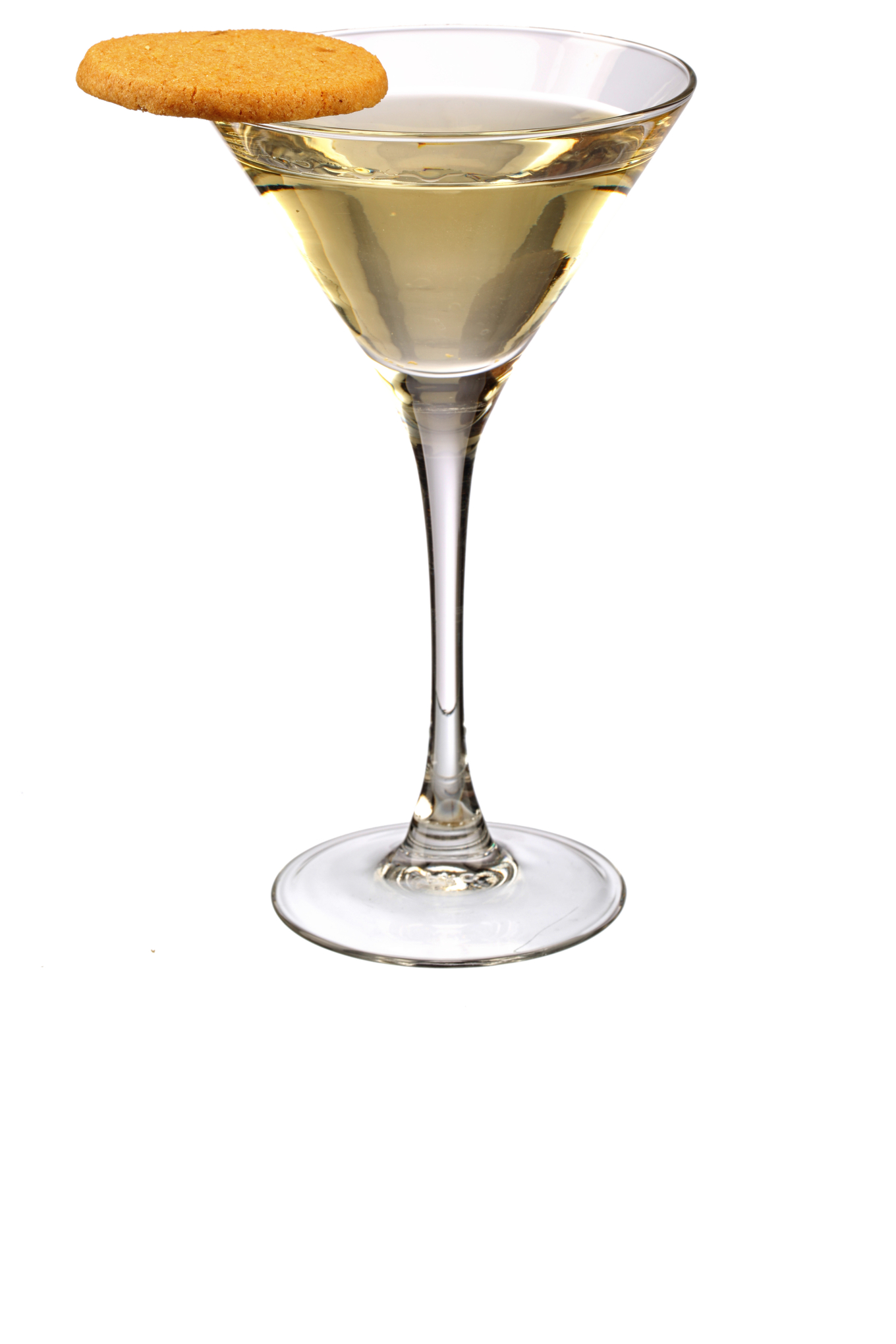 Gingerbread 'Martini'
A 'wet' Vodka Martini made soaking wet with a festive dose of almond and gingerbread syrup. Simple and somewhat 1990s but very tasty. 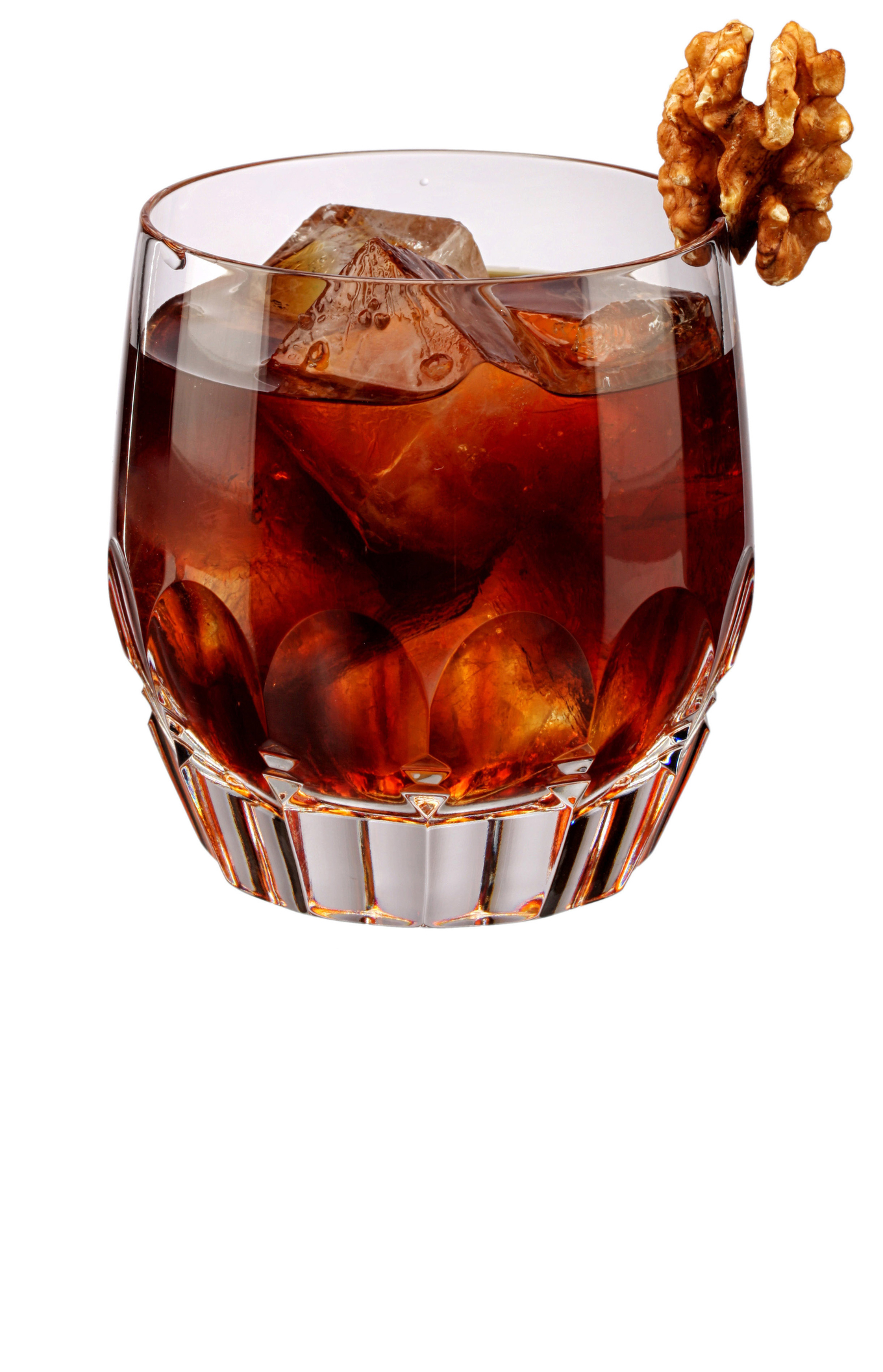 Christmas Special
A perfect after-dinner cocktail at any time of year but particularly appropriate over the festive period due to its ingredients - Pedro Ximénez sherry (which tastes like English Christmas pudding), mandarins and walnuts, which are best cracked whilst watching a Christmas special. 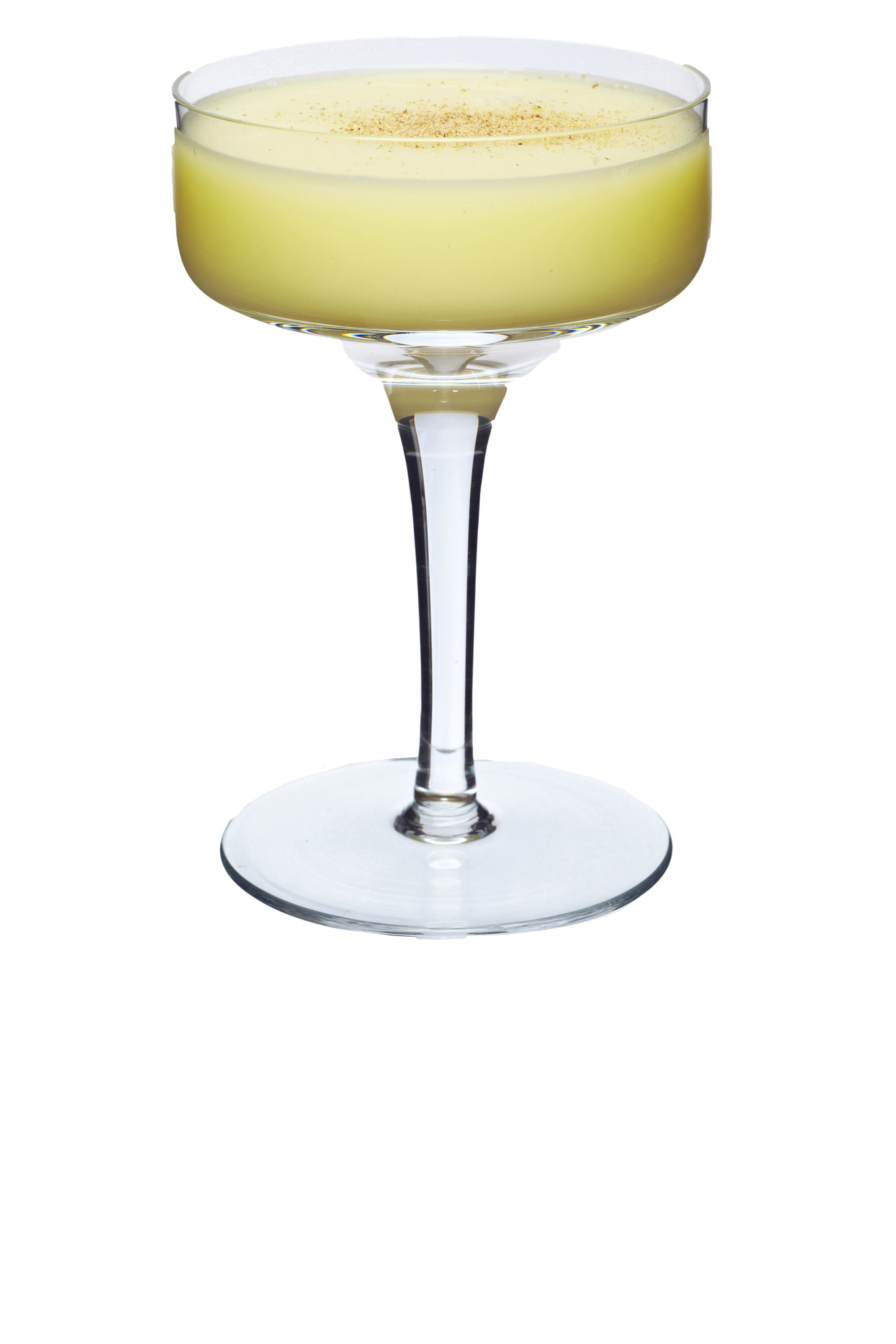 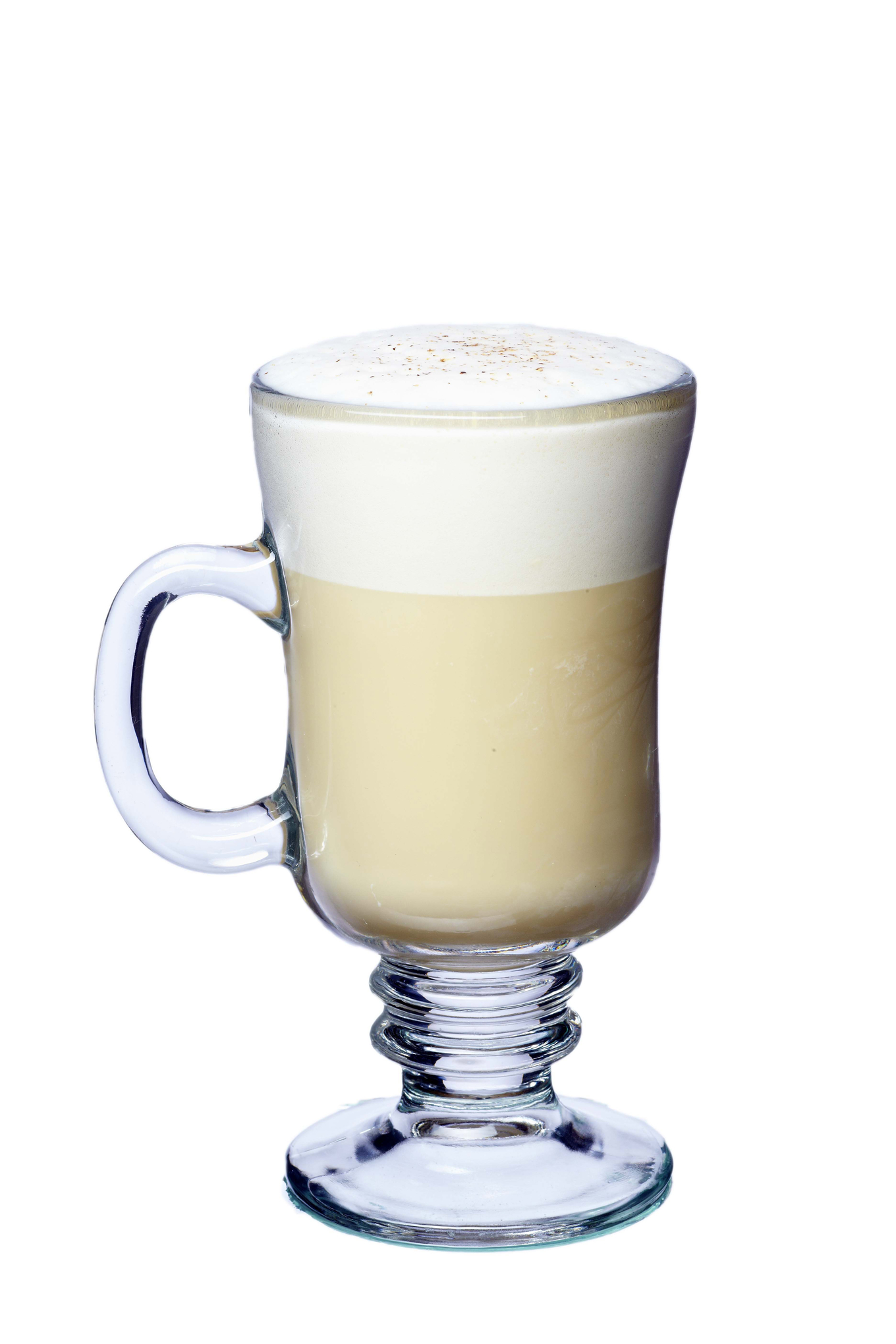 Tom & Jerry
A boozy, warming and filling festive meal in itself. Make for 2 or 20 - once you're made the base batter, this is quick and easy to serve to a crowd. 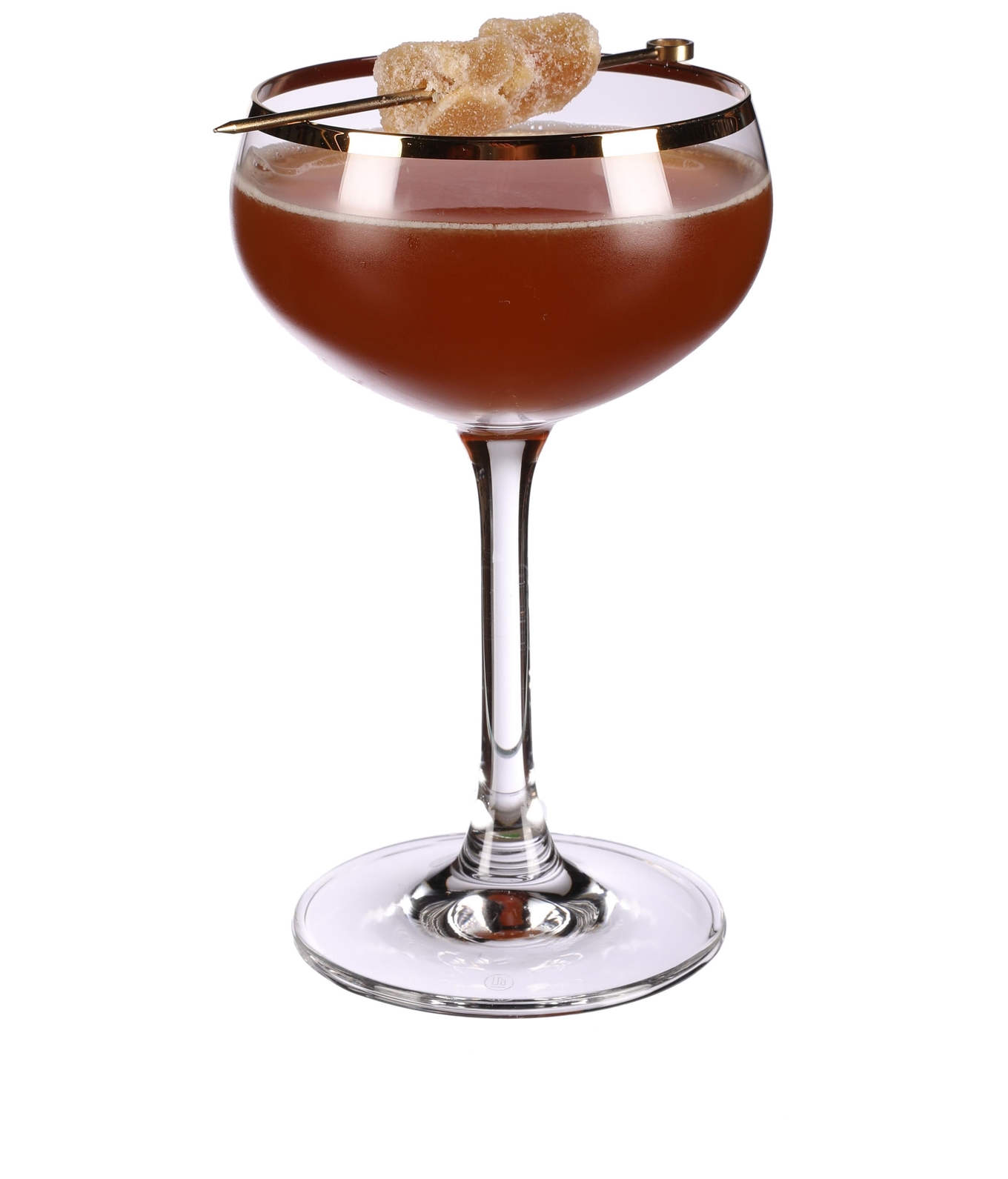 Yule Luv It
Here's hoping it's not socks again. 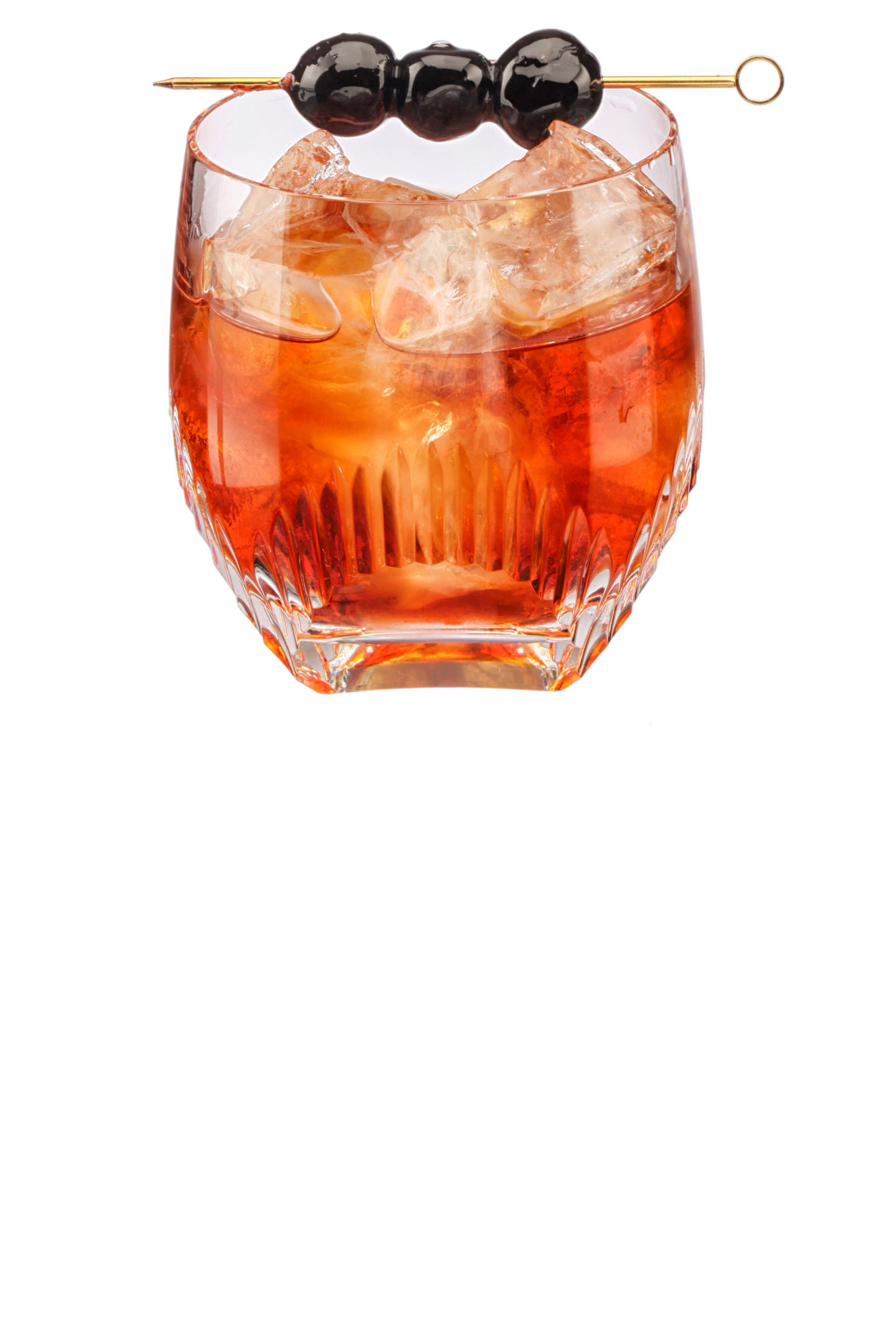 Randy Old-fashioned
Port and brandy (rhymes 'Randy') are traditionally consumed at Christmas and used to be a popular British pub combo. I've used maple syrup in place of brown sugar syrup to lightly sweeten this festive after dinner combo. The Sazerac was the inspiration for the choice of bitters and use of absinthe. 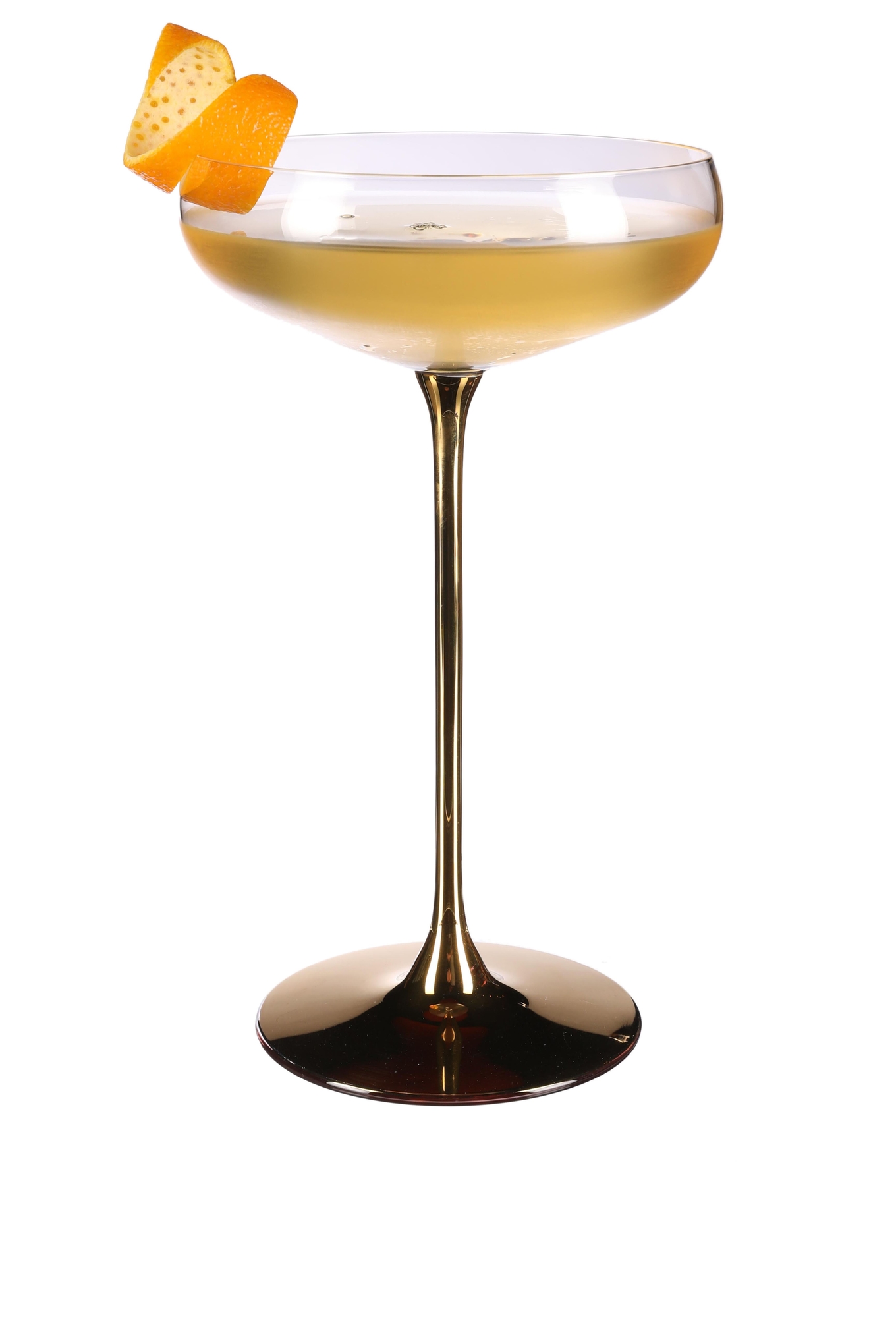 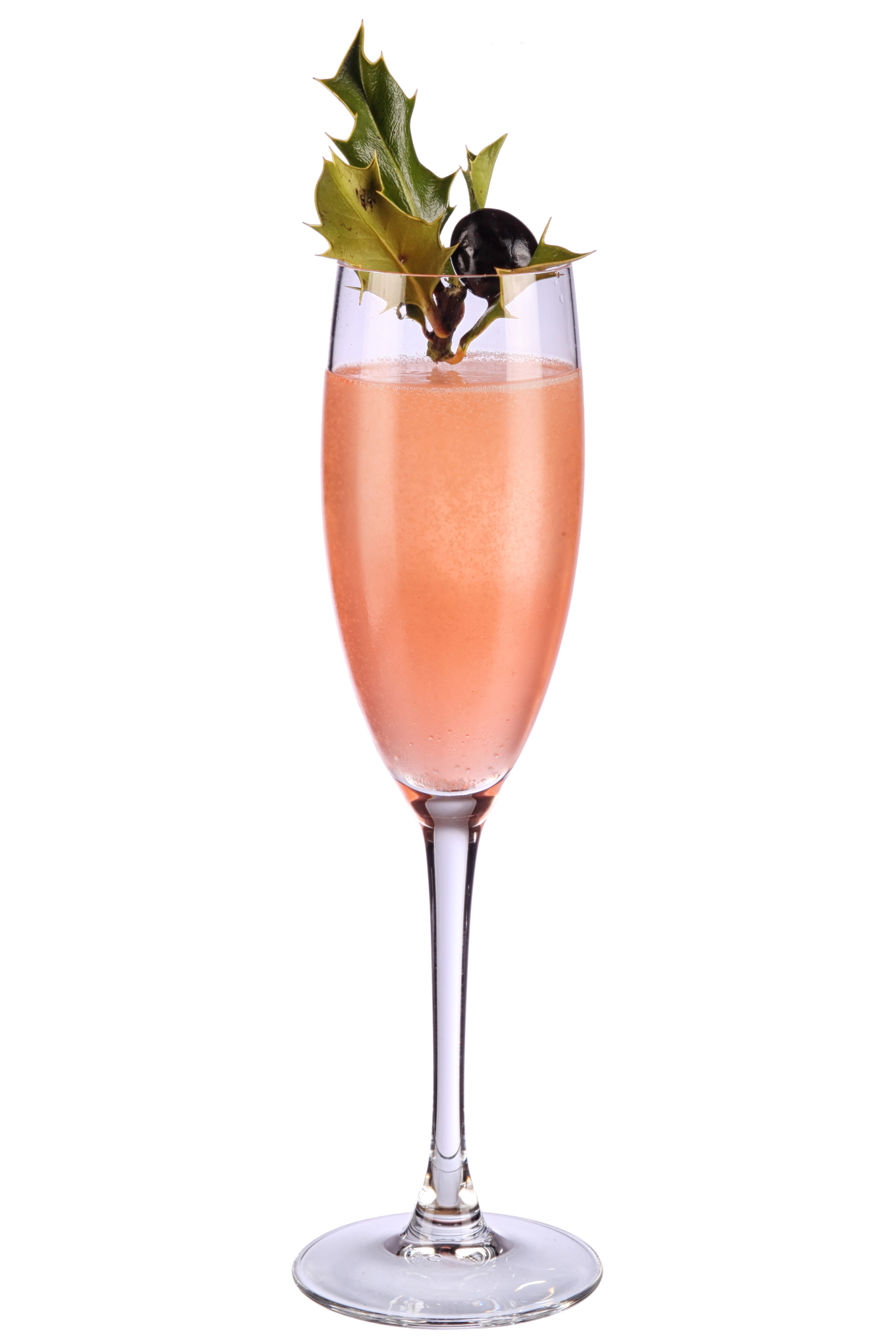 The Reindeer
A festively spiced champagne cocktail created in 2016 by Dave Beatty. 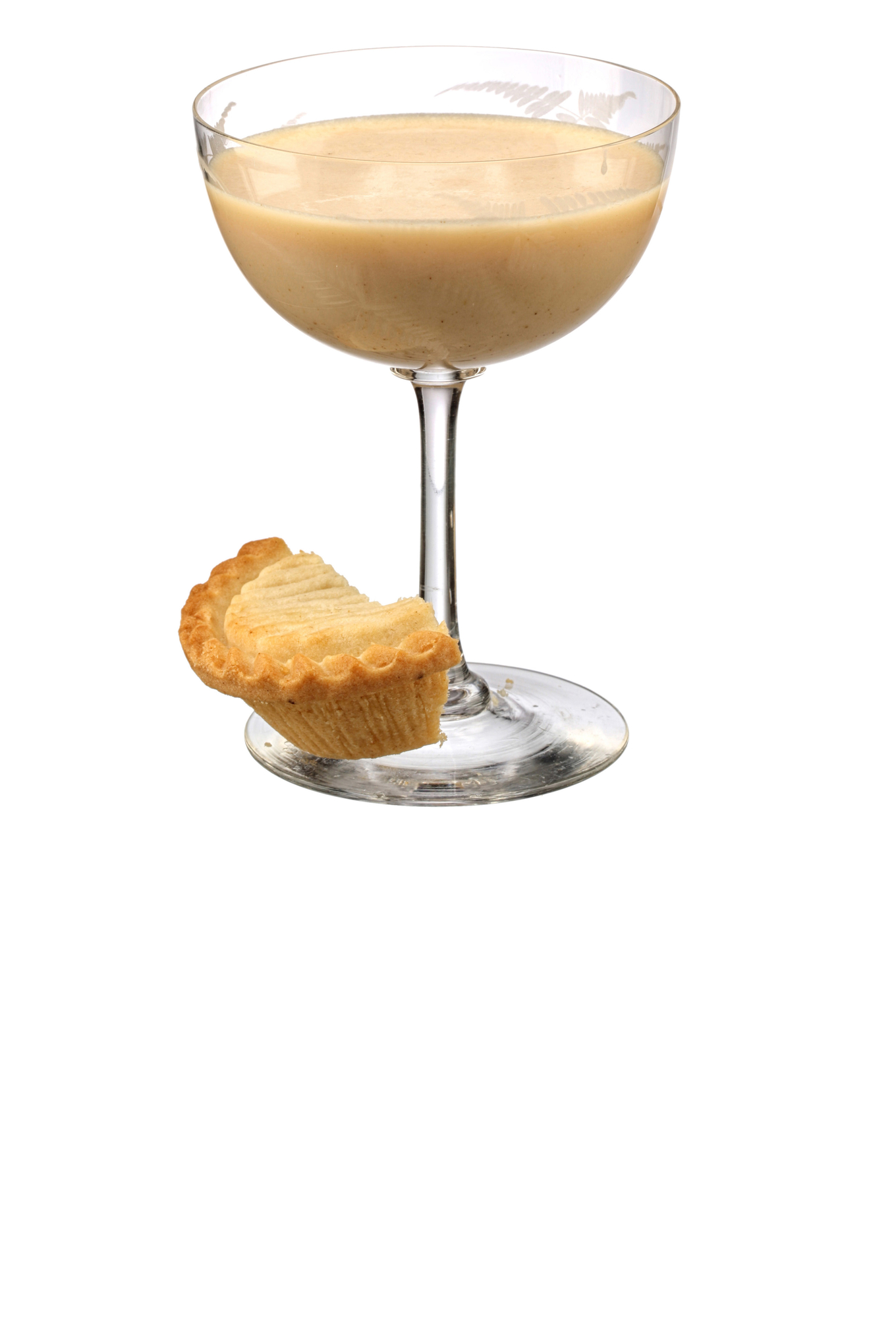 White Christmas
With all the songs about a White Christmas, a suitably white cocktail for Christmas seemed called for; made all the more festive by mincemeat and gingerbread syrup. I should explain to those not familiar with "mincemeat" that it is not 'meat' but a very English pie filling containing chopped apple, dried fruits, candied peel and mixed spices. And Christmas is just not Christmas without mince pies!