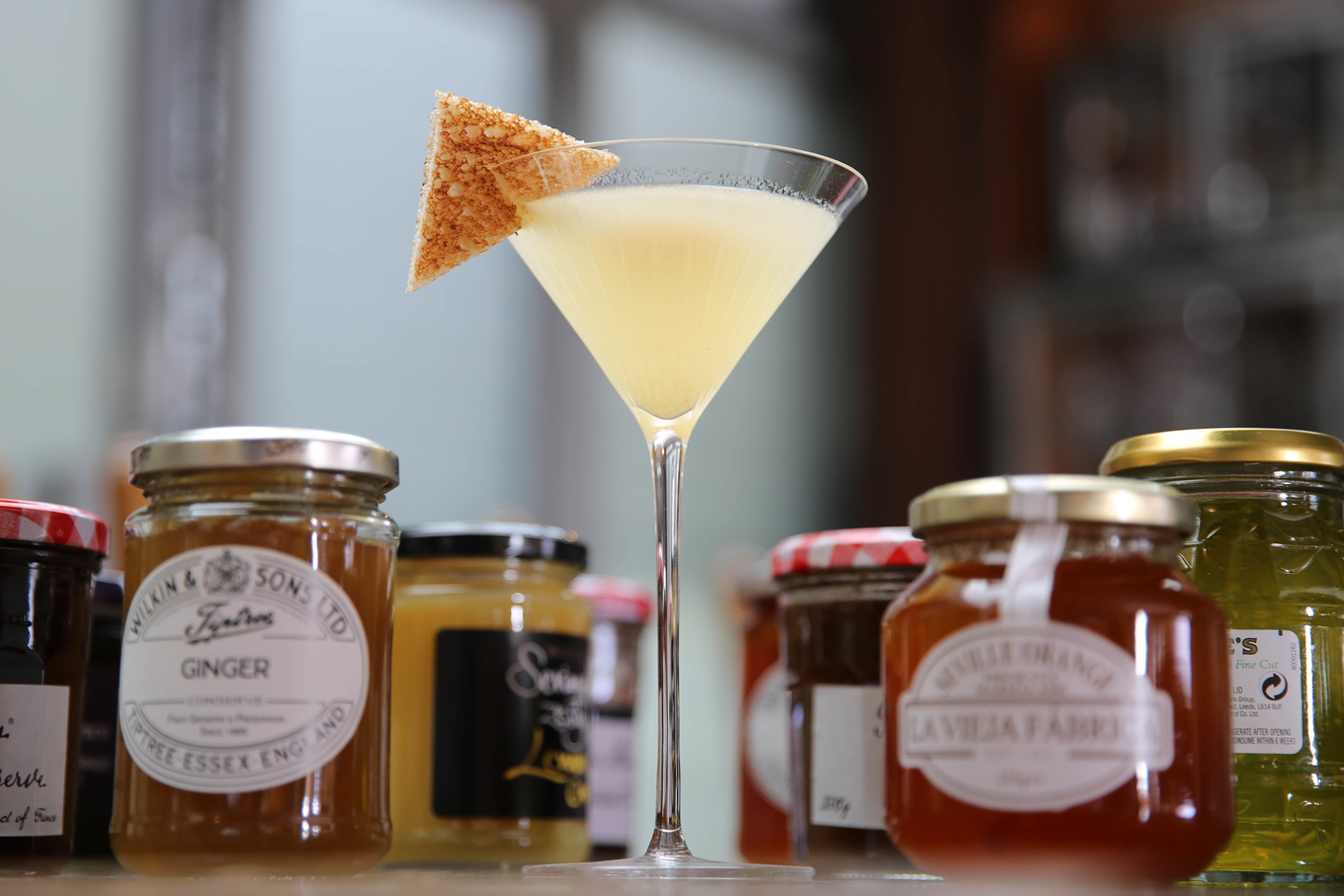 Created in 1996 by bartender, raconteur and long-term President of the United Kingdom Bartender’s Guild, Salvatore Calabrese, the Breakfast Martini is not actually a Martini, but merely a gin-based sour served in a V-shaped Martini glass and created in the 1990s when any cocktail in such a glass was a 'Martini'.

Being of proud Italian descent, Salvatore usually has little more than a swift espresso for breakfast. However, one morning, Sue his English wife, insisted he sit down for breakfast and served up toast and marmalade. Salvatore came up with the idea for his Breakfast Martini recipe while enjoying the tangy preserve covered toast and took the jar to work with him. Later that day, at London’s Library Bar he perfected his signature cocktail.

Coincidentally, Harry Craddock’s 1930 The Savoy Cocktail Book includes a recipe to a Marmalade Cocktail, very similar to Salvatore’s Breakfast Martini. However, Salvatore says that the inspiration to his drink, which is simply a White Lady with marmalade in it, was the hearty English breakfast and not the classic English bartending book.

Salvatore’s Breakfast Martini quickly became a contemporary classic, replicated in bars around the world and has inspired bartenders to create their own cocktails using preserves/conserves such as jam (or jelly if you're American) and marmalade [see this guide to the differences between marmalade, jam, jelly and conserves].

At the time of writing this page there are 19 cocktails on Difford’s Guide using orange marmalade alone and a sign of Salvatore’s influence is that such cocktails only started to emerge after his cocktail gained international notoriety. Tellingly, a number of these cocktails have “Breakfast” as part of their name.

Breakfast Martini
With: Dry gin, triple sec, lemon juice and English orange marmalade.
We say: Salvatore Calabrese’s Breakfast Martini was inspired by the hearty English breakfast, and its success or failure is partly reliant on the quality of marmalade used.

Hemingway Breakfast
With: Absinthe, white rum, lime juice, falernum, English orange marmalade, Angostura Aromatic Bitters.
We say: Basically a bitter orange and clove daiquiri. We found this recipe really sung when we added a splash of water for some extra dilution and half a barspoon of sugar. Perhaps our No Peel Orange Marmalade from Wilkin & Sons was a tad on the sour side – or even our limes. Once balance was adjusted this particular “Breakfast” was very tasty.

Marmalade Cocktail
With: Dry gin, English orange marmalade and lemon juice.
We say: Harry wrote of his own drink, “By its bitter-sweet taste this cocktail is especially suited to be a luncheon aperitif.”

Milanese Breakfast Martini
With: Dry gin, English orange marmalade, Campari, lemon juice and prosecco.
We say: A fruity but dry aperitif drink served ‘up’ but with a hint of sparkle from prosecco.

Purple Stag
With: Jägermeister, berry fruit tea, lemon juice, maple syrup and blackcurrant jam.
We say: Easy drinking and neither bitter or too sweet, it’s hard not to like this rich herbal fruity cocktail.

Velvet Revolver
With: Strawberry conserve jam, cognac, red wine, lemon juice, sugar syrup and Angostura Aromatic Bitters.
We say: As Robb, the creator of this drink, says, it is “short, strong and fruity, pulls out all the deeper notes from the cognac.”