Marathon Cocktails – what to drink while others run 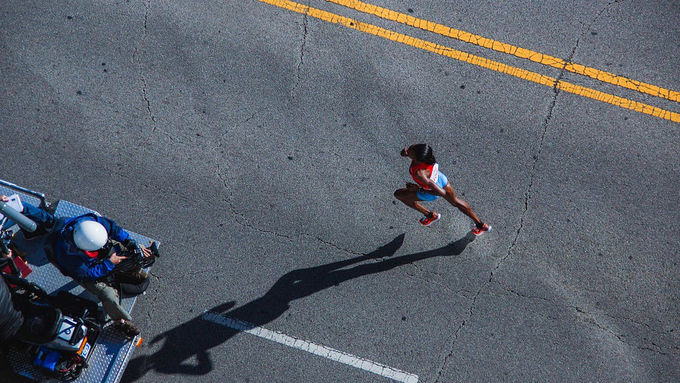 Marathons held in cities across the world draw tens of thousands of competitors to run, wheel, or for some, hobble 26.2 miles, many of them wearing ludicrously inappropriate outfits.

Bizarrely, the marathon is a race which all but a handful of competitors know they will never, ever win, and compete for the joy of taking part and/or for charity. For those like us, who'd rather watch, yet want to get into the marathon spirit, the following cocktails are a lot more fun than running. If, perhaps, not quite as good for you.

1. Distance: The 26.219 mile / 42.195 kilometre marathon distance was not established in Ancient Greece, but at the 1908 London Olympics which was run between Windsor Castle and the Olympic Stadium. Prior to this the distance varied by as much as several miles. The standard distance was set by the International Amateur Athletic Federation in May 1921 as being that run at the 1908 Olympics. The marathon distance is approx. 400 times the length of a football (soccer) pitch and 844 times the length of an Olympic swimming pool.
Long Shot cocktail

2. Fastest/slowest: The world record marathon for men, is 2 hours:02 minutes:57 second, and was set by Dennis Kimetto of Kenya in 2014 at the Berlin Marathon. Britain's Paula Radcliffe MBE holds the womens marathon record of 2 hours:15 minutes:25 seconds which she set at the 2003 London Marathon. The world's slowest marathon record is held by Lloyd Scott who wore a 110 pound diving suit and finished in 5 days and 8 hours.
Slow Negroni

3. Sister act: Sister Madonna Buder (AKA: the Iron Nun) has completed over 325 triathlons including 45 Ironman races. The first woman to run the Boston Marathon back in 1967 was chased by organizers attempting to remove her from the race as they hadn't previously realized a woman had entered. In 1926, Violet Percy became the first women to set a marathon record with a time of 3 hours:40 minutes:22 seconds.
Alexander's Sister cocktail

4. Training periods: A typical training period prior to running a marathon for a recreational runner is 22 weeks during which time they will run some 600 miles. This contrasts to elite runners who rack up some 100 training miles per week.
Blue Train cocktail

5. Calories/weight: The record for the heaviest person to run a marathon is held by Kelly Gneiting, a 430-pound sumo wrestler who in 2011 finished the Los Angeles Marathon in 11 hours:52 minutes:11 seconds. Afterwards he described the experience as "pure hell". He should have run more - the average person burns 100 calories per a mile so uses some 2,600 calories running a marathon.
Feather Duster Crusta

7. Heart attacks: Depending on who you believe, either 1 in every 50,000 people, or 1 in every 200,000 people who run a marathon suffer cardiac arrest within 24 hours of finishing. However, a 2012 study by The New England Journal of Medicine "identified 59 cardiac arrests, 40 in marathons and 19 in half-marathons, among 10.9 million registered race participants." "Of the 59 runners with cardiac arrest, 42 (71%) died; the incidence of sudden death was 1.00 per 259,000 participants." "The overall incidence of cardiac arrest was 1 per 184,000 participants." Against these odds, English adventurer, Sir Ranulph Fiennes ran 7 marathons, on 7 consecutive days, in 7 continents after a heart attack and bypass operation.
Absinthe Makes The Heart Grow Fonder cocktail

... comment(s) for Marathon Cocktails – what to drink while others run