By most popular accounts, the Negroni affords its origins in an aperitivo popular in Northern Italy at the beginning of the twentieth century. Gaz Regan in The Negroniwrites "thanks to Dom Costa, we know that the Negroni was from the loins of the Americano, the Americano was based on the Milano-Torino, and in turn, the Milano-Torino was a variation on the Torino-Milano". The Milano-Torino incidentally taking its name from the geographical origins of its two main ingredients: equal parts Campari (from Milan) and Amaro Cora (from Turin).

The story then runs that in 1919, one Italian born Count Camillo Negroni, a reputed wide boy and regular customer at the Casoni Bar (later named Caffé Giacosa) on Tornabuoni Street in Florence, Italy, one day asked for a bit more kick in his Americano. The bartender, Fosco Scarselli responded by switching the soda water for gin and the combination became the Count's usual order. Other patrons of the bar soon started to ask for "one of Count Negroni's drinks" and after a while the drink simply became known as a Negroni.

As far as hard evidence for the early existence of the Negroni in its own right goes we turn to Gaz 'finger stirring' Regan, who in his The Joy of Mixology, says that the first printed recipes he was able to find for "one of the world's finest drinks" are in two 1955 publications: The U.K.B.G Guide to Drinks compiled by the United Kingdom Bartenders' Guild and Cocktail and Oscar Haimo's Wine Digest published in New York.

Doug Ford in his blog Cold Glass writes "there had been a gin-heavy Campari blend called the Camparinete since the 19th century; I wouldn't be surprised to learn that Campari re-jiggered that drink's proportions, attached a plausible story, and the rest was what passes for history." We'd love to hear from Doug on his source for this recipe.

Jim Meehan in his The PDT Cocktail Book writes that "The combination of gin, sweet vermouth and Campari, showed up in French and Spanish cocktail books such as J S Brucart's 1943 Cien Cocktails and L'Heure du Cocktail before being recognized universally as the Negroni. The Camparinete in Cien Cocktails is ¼ Campari, ¼ Italian vermouth and ½ dry gin. No garnish." We found an earlier reference to the Camparinete (which is why we have gone with this spelling rather than Camparinette) in Boothby's 1934 World Drinks and How to Mix Them the recipe is in the same ratios as the Cien Cocktail recipe: ½ jigger gin, ¼ jigger It. Vermouth, ¼ jigger Campari, served with a twist of lemon peel.

But most fascinating of all, the recipe for the Campari Mixte in L'heure du Cocktail published in 1929 is equal parts gin, Campari, and Italian vermouth with a lemon zest which is quite clearly a Negroni. This recipe is the earliest reference to a drink with the same ingredients as a Negroni mixed in equal parts we could find.

With its one and a half shots of bourbon whiskey, single shot of sweet vermouth and single shot of Campari Bitter, McElhone's Boulevardier is remarkably close to a Negroni with the bourbon replacing the gin.

Glowing red in hue, the Negroni manages to be both sophisticated and simple at the same time, and is definitely for a grown-up palate - for many it's simply too bitter. It has a challengingly complex flavour, makes the perfect aperitif and, though popular the world over, is absolutely de rigeur during aperitivo hour in Milan.

In line with our preferred Negroni proportions, most Negroni recipes call for the ingredients to be mixed in equal parts. In his 2003 The Joy of Mixology Gary Regan emphatically states, "don't experiment with the proportions here - the balance is of primary importance.... and using equal parts of each ingredient is absolutely necessary to achieve perfection." However, by 2012 Gary had become gaz and in Negroni a Gary "gaz" Regan notion he says, "you can slap my wrist and call me Deborah if it doesn't also work no matter what ratios you use." He adds, "I tend toward around 4 parts gin to one part each of sweet vermouth and Campari".

Not Deborah but Alice Lascelles adds in her Ten Cocktails, "if you're feeling really cocky, you can even alter the balance of the formula without putting yourself in mortal danger - just make sure you always observe that holy trinity of earthy/spicy (vermouth), bittersweet/syrupy (Campari or similar Italian bitter) and strong/clean gin, vodka or even blanco tequila can work - although gin is always best, I think."

Some misguided fools call for the Negroni to be shaken but it should, of course, be stirred, although there is something about this no-nonsense drink that does not suit fussing about with mixing glasses and strainers, so we prefer that the ingredients are assembled and mixed directly over ice in the glass. Indeed, perhaps follow gaz's example and simply stir in the glass with your finger (though perhaps not when serving others).

Some bartenders choose to serve Negronis straight up in a chilled coupe in which case it's essential to give this noble drink a good stir with the ice to provide enough dilution to open up its many botanicals. Bitter and dry, but very tasty, it takes its depth from the vermouth, is centred by the bittersweet Campari and is made to sing through the vitality of the gin.

Always garnish a Negroni with an orange twist or slice, the use of a lemon is a heinous crime best punished by being made to suck gaz Regan's Negroni stirring finger. 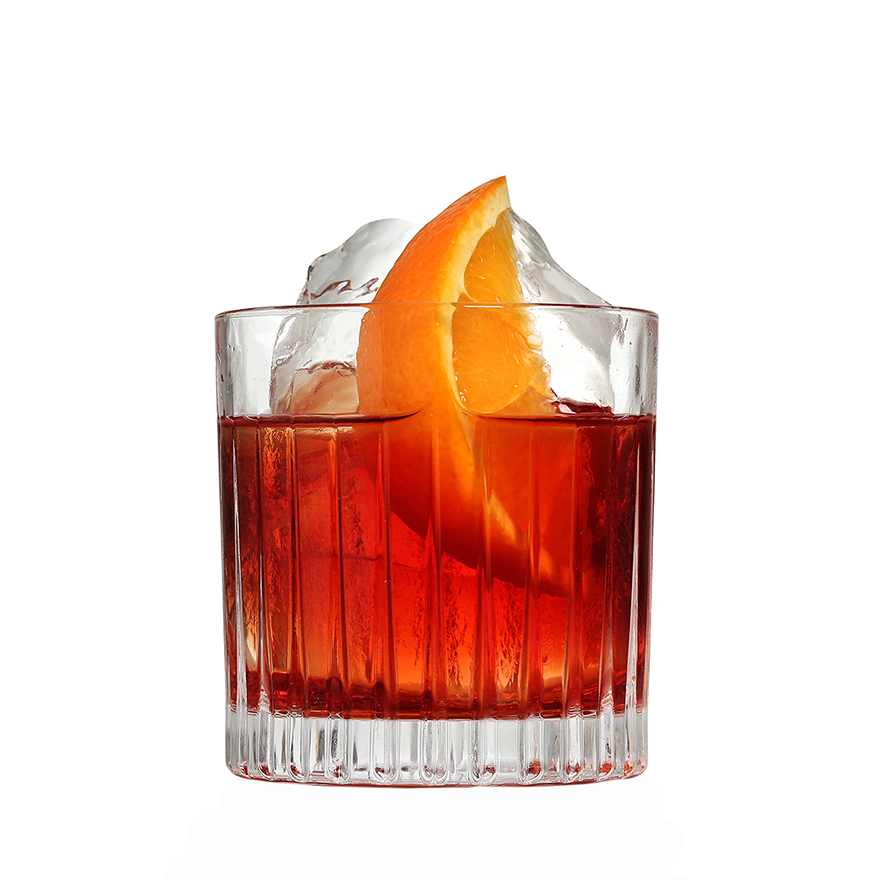 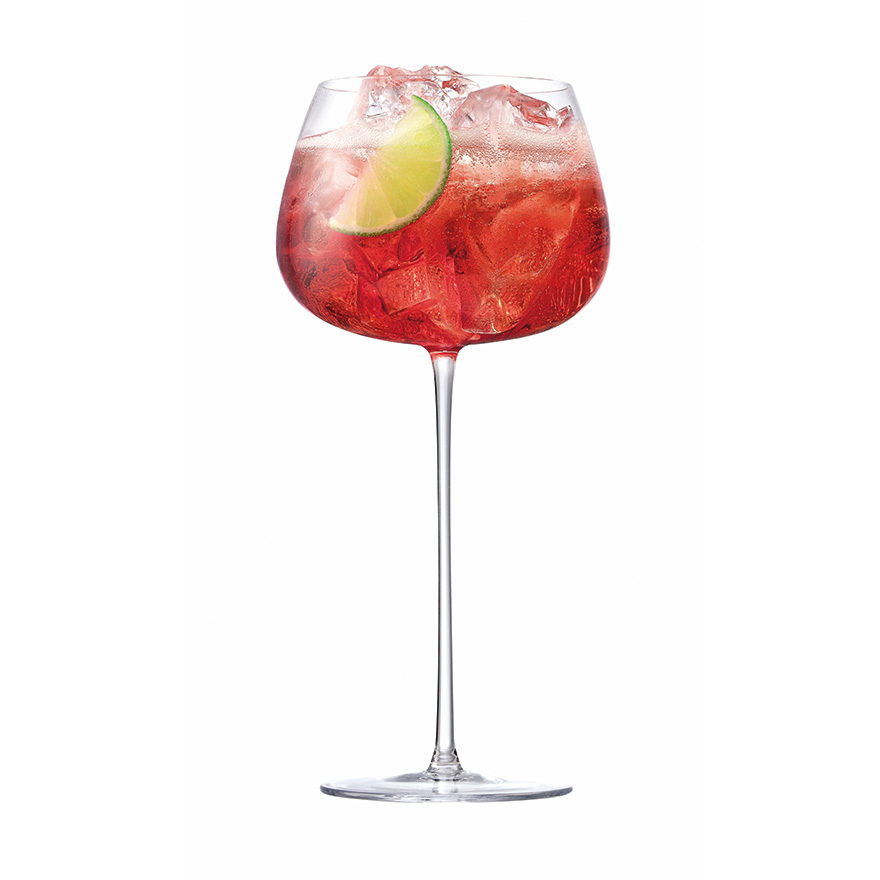